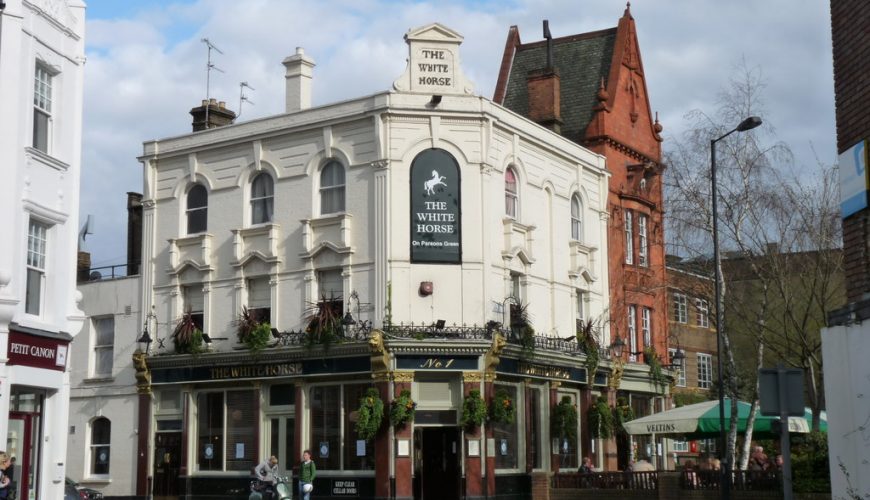 With its many parks and rows of attractive terraced townhouses, Hammersmith & Fulham is an ever-popular West London borough. Ideal for families and young professionals, this cosmopolitan area provides a more affordable option than neighbouring Kensington and Chelsea, while maintaining that fashionable West London vibe. Take a look at our ranking of the best new build homes developments in Hammersmith & Fulham, based on the reviews of verified residents.

Where is Hammersmith & Fulham?

Hammersmith & Fulham occupies a convenient and well-connected location in West London. It stretches from the banks of the Thames to Shepherd’s Bush and White City in the north. Chelsea, Kensington and Notting Hill border Hammersmith & Fulham to the east, while to the west you’ll find Chiswick and Acton. Central London is just three miles away, while excellent road connections provide fast routes out of the city.

Hammersmith & Fulham has its finger well and truly on the pulse. It provides residents with an excellent mix of retail, dining, socialising and arts and culture. The borough’s three main areas are Fulham, Hammersmith and Shepherd’s Bush. Each offers a slightly different experience of London life.

Fulham’s leafy residential streets are lined with attractive terraced houses. The neighbourhood boasts several pretty parks and overlooks the River Thames. There is shopping at Fulham Broadway and the lively street market at North End Road. The area also includes some fine pubs and restaurants. Fulham is home to two historic football clubs – Chelsea FC and Fulham FC. As such, you can take in top class sport at the legendary Stamford Bridge, home of Chelsea, or at Fulham’s historic Craven Cottage.

Hammersmith is a thriving, diverse area with plenty of attractions and a lively atmosphere. From peaceful pubs along the river to the energy of the iconic Hammersmith Apollo, one of London’s most beloved live music and comedy venues, Hammersmith has plenty going for it. Upmarket Baron’s Court, adjacent to Hammersmith, has the Queen’s Club. This is one of London’s most exclusive tennis clubs and home to the famous pre-Wimbledon tennis tournament.

A little further north is Shepherd’s Bush, another energetic, vibrant community. The area has first-class shopping at the vast Westfield shopping mall, which also has a selection of restaurants and leisure facilities. Shepherds Bush is also known for its nightlife. It’s home to two storied live music venues – The Shepherd’s Bush Empire and the smaller Bush Hall. Both have hosted some of the world’s most famous bands and performers.

5 best places to live in Fulham

10 best places to live in Hammersmith

10 best private schools in London and where to live nearby

Hammersmith & Fulham is well covered by the London Underground. It also has excellent bus services to fill in any gaps between stations. Transport hubs include Hammersmith Underground station, which is on the District, Circle, Piccadilly and Hammersmith & City lines. The District and Central lines are the main branches of the Underground across the borough, while London Overground services are also available. By road, the borough is bisected by the A4. This provides direct routes into Central London and an easy escape route towards the M4, M25, Heathrow Airport and the rolling countryside beyond.

Zoopla lists the average house price in Hammersmith & Fulham at £1,066,000. This is based on sales in the 12 months to April 2022. The borough ranks significantly above the London average of £715,000. Although a seven-figure average property price might seem steep, prices in the borough are actually less than half the average price of neighbouring Kensington & Chelsea.

Hammersmith & Fulham is definitely a place to consider if you favour the trendy, cosmopolitan vibe of West London life, but you’re looking for a slightly more affordable option. To find out more about the types of property available in the borough, check out our rankings of the best new builds in Hammersmith & Fulham below. The rankings are based on the ratings given by verified reviewers on HomeViews, and nothing else.

*PLEASE NOTE these rankings take into account how many reviews a scheme has and how recently those reviews have been submitted, so may not match the overall star ratings shown. Buildings with a larger number of more recent reviews are given a greater weighting to reflect current building performance.

Top spot in Hammersmith and Fulham is taken by Fulham Reach. This mixed-use development from St George (part of the Berkeley Group), was constructed with the support of architect, John Thompson and Partners, and interior designer, Jestico + Whiles. It’s situated in Hammersmith, close to Hammersmith Broadway and Hammersmith station, and adjacent to the River Thames. There are currently 744 apartments and penthouses here, which range from one to four bedrooms.

In second place is Imperial Wharf, located in an exclusive neighbourhood adjacent to Chelsea Harbour in Fulham. This mixed-use development by St George is built on a former industrial site and comprises 1,665 new homes with 50% affordable. The site also has a fitness centre, a hotel, offices, retail space and restaurants as well as a new railway station, also called Imperial Wharf, only moments away with links to the Overground and Southern railway services.

Third in Hammersmith & Fulham is Queen’s Wharf, a residential development from Mount Anvil and Fabrica, set right next to Hammersmith Bridge and overlooking the River Thames. It’s home to 165 apartments – a combination of studios, apartments and penthouses, and is based on the old Riverside Studios site. The site is in the midst of a regeneration and will soon welcome state-of-the-art facilities for the likes of theatre, film and dance.

In at fourth place, it’s Eighty Eight Wood Lane. This residential development is located on the new White City Campus, providing 192 studio, one, two and three-bedroom apartments. The development is just moments from White City Underground station, for the Central Line.

Rounding off our top 5 is Fulham Riverside by Barratt London. A large redevelopment project, Fulham Riverside features a collection of one, two, three, four and five-bedroom apartments alongside a supermarket, a gym, landscaped gardens and various restaurants and cafés. Situated on Townmead Road, the development is only an eleven-minute walk away from Imperial Wharf station, offering links into Central London, while Fulham Broadway is also nearby, offering access to the District Line.

Hammersmith & Fulham is neighboured by posh playground Kensington & Chelsea. And while it shares its sibling’s gorgeous terraced townhouses and designer shopping, this pocket of West London is edgier and way more affordable. Read on to discover developments that are the best places to Read more about Hammersmith & Fulham