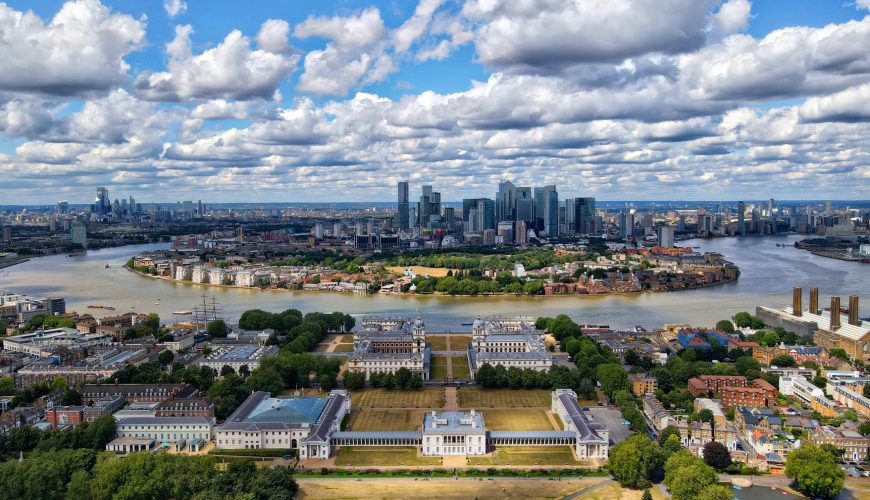 This diverse and rapidly developing corner of south-east London is something of a hidden gem. Deptford’s popularity is growing, and with a host of new build developments arriving in the area, this bustling and varied neighbourhood beside the Thames has a lot to offer. Verified Deptford residents have been reviewing some of the area’s new build developments on HomeViews, helping us to create this list of the best new build homes in Deptford.

Deptford occupies an enviable position, beside the Thames and adjacent to highly sought-after Greenwich. New Cross sandwiches Deptford on the west, with Lewisham to the south. The area sits in Transport for London’s zone 2, less than four miles from London Bridge and with excellent mainline rail and DLR transport connections.

Deptford is one of a growing number of thriving London neighbourhoods being rediscovered, and gaining a new lease of life. The area combines the best of traditional London life with a diverse population and an increasing number of artists, creatives, students and first-time buyers. Deptford’s rising popularity is evidenced by the wealth of new developments in the area. Buyers and renters alike are increasingly looking to Deptford as an alternative to pricey Greenwich.

At the heart of Deptford is Deptford High Street. This classic stretch of bustling London life sees a lively street market meeting international restaurants and traditional pie and mash shops. Deptford Market Yard offers a selection of independent retailers and eateries. Additionally, the area’s many galleries, studios and the renowned Albany Theatre make Deptford a hub for creative types.

The area is home to several parks, including the 17-acre Deptford Park, with its children’s playground and picnic area. Across Deptford Creek, sprawling Greenwich Park is within easy reach. This famous London landmark provides an opportunity to get away from it all and take in stunning views across the city. Head in the direction of Greenwich and you can also enjoy walks or rides along the Thames.

From Deptford you can enjoy easy access to Central London. London Bridge is just a six-minute train journey from Deptford mainline station, with trains every 10 minutes. Deptford Bridge station also provides access to the DLR, with the finance and business hub of Canary Wharf just 12 minutes away. Two major routes towards Central London, the A2 and the A200, run through Deptford. Meanwhile, the Blackwall Tunnel is also easily accessible.

Deptford represents a more affordable option than many of its neighbours. Properties in Deptford cost an average of £571,000 in the 12 months to May 2022, according to Zoopla. This is significantly below the London average of £722,000. It’s also nearly £80,000 less than the average price in neighbouring Greenwich (£650,000).

Up and coming Deptford really does represent a more affordable option in the capital, with many of the benefits of being close to the City and Central London. Take a look at our rankings of the best new builds in Deptford below. The rankings are based on the ratings given by verified reviewers on HomeViews, and nothing else.

*PLEASE NOTE these rankings take into account how many reviews a scheme has and how recently those reviews have been submitted, so may not match the overall star ratings shown. Buildings with a larger number of more recent reviews are given a greater weighting to reflect current building performance.

First place in Deptford belongs to Union Wharf, a development from London property developer Essential Living. It features 249 rental-only apartments on the banks of Deptford Creek. The development houses a collection of one, two and three-bedroom apartments and is close to the Cutty Sark DLR station for fast and frequent connections to Canary Wharf.

In second place is Deptford Foundry, a mixed-use development by Anthology London. The development is set on the site of an old metal foundry, which was built in the 1800s, and offers more than 300 homes with a mix of private and social housing apartments. Deptford Foundry is in the middle of lively Deptford, close to Deptford and New Cross stations, offering easy access to Greenwich.

In third place, Vida House, managed by Way of Life, is a residential development just a stone’s throw from central London. The development is a short walk from Surrey Quays Overground station as well as Canada Water Underground station. Each of the 138 one and two-bedroom apartments on site have an open-plan layout. These come with a fully fitted kitchen with integrated dishwasher, washer/dryer and a fridge-freezer. Residents also have access to a secure car park and ample underground bike storage are, while there is a dedicated management team on-site with 24-hour CCTV security.

Fourth place is taken by Vive Living, a rental-only development situated conveniently just half a mile from Deptford and New Cross stations. This buzzy development offers one, two and three-bedroom apartments, with residents benefitting from communal work spaces, a roof terrace, a café, a cinema room with regular resident-only screenings and bike storage with a repair workshop.

In fifth, Greenland Place by Barratt London is a mixed-use scheme in Rotherhithe. The development features 679 residential units including one, two and three-bedroom apartments, studios and three, four and five-bedroom houses across a number of different buildings. The development also has a business centre, a children’s nursery as well as various commercial units. Surrey Quays is the nearest station with connections to the London Overground.

Seventh is Greenwich Creekside, a residential development by Telford Homes. The development features a range of one, two and three-bedroom apartments only a short distance from Deptford Creek. Deptford station is just a nine-minute walk away, with connections to Thameslink and Southeastern services.

In eighth place its Paynes & Borthwick Wharf, a development by United House Developments situated alongside the River Thames. The development features 257 residential units with a mix of one, two and three-bedroom apartments alongside office space, retail units and various restaurants. Deptford station is only a 10-minute walk away, with links to Thameslink and Southeastern services.

Ninth is Distillery Tower, a residential development from Galliard Homes, situated just metres from Deptford Bridge DLR station, which is handy for City and Canary Wharf professionals. Lively Deptford High Street and Greenwich are both nearby, putting popular London attractions like Blackheath and Greenwich Royal Park at residents’ fingertips.

Rounding off the top 10 new builds in Deptford, we have Faircharm Dock, an L&Q development. The building houses one, two and three-bedroom apartments, totalling 127 units available on a rental-only basis. Based on Creative Road, Faricharm Dock is equidistant between Deptford train station and Greenwich station, both of which are serviced by National Rail and the DLR.

Do you like what you see in Deptford? To find out more about living in this thriving area, check out our dedicated guide by clicking the link below. There you’ll find plenty of information about life in Deptford. It also includes the best new build developments to buy and rent in the area.

If you haven’t yet heard of Deptford, chances are you will very soon. Artists, students, first-time buyers and lifelong Londoners; they gather in this exciting district, which has become as cool and sought-after as places like Peckham and Hackney. Read on to discover developments Read more about Deptford