5 best places to live in Kensington and Chelsea 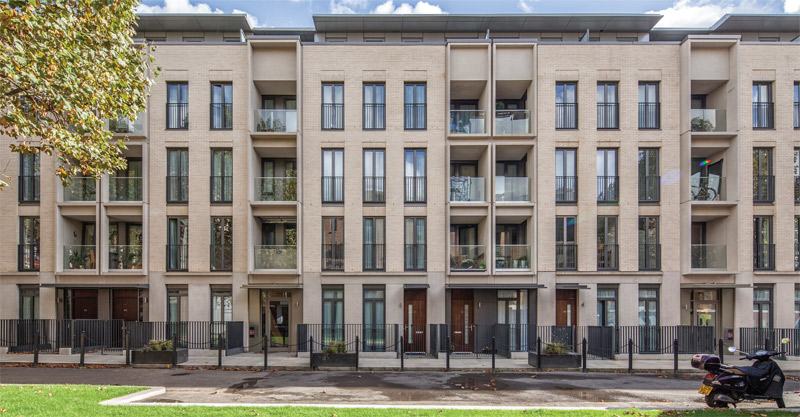 At less than five square miles, Kensington and Chelsea is smaller than any other London borough. But it is also among the most affluent. Like a Chelsea bun, these two areas have been mixed together to create something richer and more appealing than the sum of their parts. But where to begin finding the best places to live in Kensington and Chelsea, London’s most prestigious borough?

You really are spoiled for choice when it comes to property here, whether you’re a traditionalist or a trend setter. Drawing on the insights of HomeViews reviewers, we’ve compiled a helpful guide to help you get started. Read on to discover five of the best places to live in this premium corner of London.

What makes Kensington and Chelsea a royal borough?

While many boroughs are described as ‘on the up,’ Kensington and Chelsea have been mainstays of high-society living for centuries. It’s one of only three ‘royal boroughs’ in London, having provided a royal residence in Kensington Palace since 1689.

Over the years, the architecture and design of the palace and its gardens has been touched by English masters. These include Wren, Hawksmoor, Vanbrugh and Gibbons. It was famously the childhood home of a young Alexandrina Victoria, who would later become Queen Victoria. She would, in later life, name the nearby Royal Albert Hall, which lies just south of Kensington Gardens, in her husband’s honour.

For those wondering who lives in Kensington Palace today, it currently serves as a royal residence to the Queen’s grandson and future heir, Prince William and his family. The families of some minor royals also live here.

South Kensington is regularly name-dropped by those offering advice for what to do in central London. The area boasts three of the country’s most popular museums – the Natural History Museum, the Science Museum and the V&A. All of them are within short walking distance and all offer free admission.

While Notting Hill hosts the world’s biggest carnival after Rio de Janeiro, Chelsea is the ‘showier’ side of the borough. This is evident in lending its name to the fashionable ‘Chelsea boot’ in the 1960s, it’s smartly turned out Chelsea pensioners, and for the preponderance or ‘Chelsea Tractors’ – the 4×4 status symbol vehicles commonly seen in this area during school pick-up!

Speaking of showy, Chelsea annually plays host to the RHS Flower Show. This is the pre-eminent flower and landscape gardening event in the UK, if not the world. Prizes here are highly coveted and the attraction is a must-see for even amateur horticulturists.

Where to eat in Kensington and Chelsea, and where to shop!

Shopaholics can easily lose themselves with the scale and variety of retail opportunities across the borough. You can also break up the day with lunch at a staggering number of fine eateries. Whether exploring the latest trends at the artsy Kings Road scene, picking up a rare find at the Portobello Road antiques market, or enjoying some retail therapy in the boutique concessions of Harrods, Knightsbridge, the shopping and dining options in Kensington and Chelsea are essentially endless.

For a more relaxed morning boost, Francophiles may wish to head over to Bute Street for a proper croissant and coffee. The area is home to a large number of French ex-pats and offers all the delights of French café culture.

Thanks to its prestigious history, central location and access to high-end amenities, property in Kensington and Chelsea unsurprisingly commands some of the highest prices in the capital.

Average sales prices for property in Kensington and Chelsea last year were around £1,400,000.

However, this can easily shoot up properties with extra bedrooms and privacy. The average price for a terraced house hovers around £4 million, while semi-detached properties regularly top £10 million.

Renting in this borough is also pricey. Recent rental averages for Kensington and Chelsea reached £725 per week, which is almost a full 30% higher than the London average.

If you’re ever in the area, you may well see red police cars patrolling the borough of Kensington and Chelsea. This borough has historically contained a large concentration of foreign embassies seeking proximity to wealth, status and influence, and the red police cars, which are an unfamiliar sight to most UK citizens, are for specialised police officers dealing with diplomatic matters.

5 Best places to live in Kensington and Chelsea

Now that we have a flavour of the area, where is the cream of the crop for property across the borough? Take a look at our top 5 ranked developments. And remember, we have built our list determined solely by resident feedback to HomeViews.

A modern development full of clean lines and stylish interiors, Portobello Square is our residents’ number one development for the borough. It features one, two and three-bedroom apartments, while the development itself is right in the heart of the actions, with Ladbroke Grove and Westbourne Park Underground stations both less than a 10-minute walk away, offering links to the Hammersmith & City and Circle lines.

This smart red brick affair is number two on the list. Crown Lodge is located in Chelsea and offers residents a wide range of benefits including sculpted communal gardens, resident car parking and easy access to Chelsea’s retail and dining hotspots, as well as various galleries and museums.

At number three, Chelsea Island is a luxury waterside development from Hadley Property Group, made up of a mix of apartments and retail units. It’s right next door to Imperial Wharf and its namesake train station, and overlooks Chelsea Creek and the River Thames. Chelsea Harbour Pier is also a short walk away, as are the upmarket south-west London neighbourhoods of Chelsea and Fulham.

Next up is Gorleston Street, a residential development designed to offer affordable housing in the Hammersmith and Fulham area of West Kensington. Developed by Dolphin Living, the development offers a total of 28 one and two-bed apartments available to tenants with a connection to the local area who meet specific income requirements. Gorleston Street is also conveniently placed less than a five-minute walk from Kensington (Olympia) Underground station.

And finally at number five we have Holland Park Villas, which is a joint venture by Grosvenor and Native Land, and comprises 68 one, two, three, four and five-bedroom apartments, alongside four luxury penthouses all overlooking Holland Park. Holland Park is also the local station, and Notting Hill and Kensington are just a little further on.

If you are interested in finding out more about this famous borough, head on over to our Kensington and Chelsea page for more tips and information.

The post 5 best places to live in Kensington and Chelsea appeared first on HomeViews.