5 best places to live in Rotherhithe 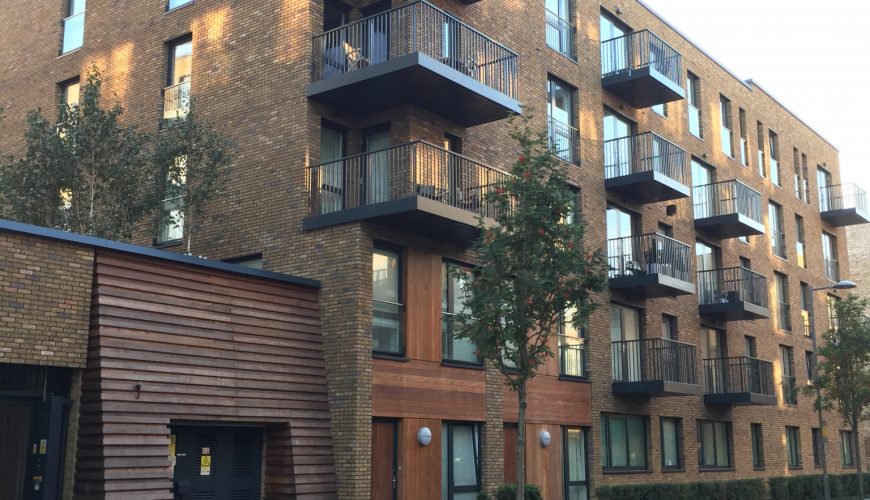 Tucked away in South East London and nestled against the Thames, Rotherhithe is a lovely little slice of the Southwark Borough. But what makes it so special, and where are the best places to live in Rotherhithe? We let resident ratings on HomeViews do the talking as we find out what’s what in this historic riverside district.

Bordered on three sides by the River Thames, Rotherhithe is almost its own separate enclosure. With so much access to the river, Rotherhithe is not short of beautiful scenic walks and smart marinas. It also has the rather lovely 5.2-acre Stave Hill Ecological Park running along its spine, giving residents plenty of access to nature.

There’s also a strong community spirit in Rotherhithe, one that’s growing thanks to its expanding cultural and independent retail scene. Add in good safety records, school options and stunning riverside views, and this all makes Rotherhithe a big draw for families and city commuters who want a more tranquil approach to living in London.

Rotherhithe is a more affordable district than most, despite its many attractive features. Average property prices sit at around £700,000, dropping to around £500,000 for flats. For renters, expect to pay about £475 per week, which is nearly 15% cheaper than the London average.

8 best places to live in Rotherhithe

If you’re seriously considering moving to Rotherhithe, you’ll want to get a feel for where the top property developments can be found. The following list is based entirely on the scores given by our resident HomeViews reviewers.

Each reviewer scores their home development on its location, design, facilities, management and value for money. All of these ratings are put together to give a combined rating out of 5. Then, we aggregate the scores, while giving additional weight to developments than have more reviews. The more reviews there are, the more accurate the impression you’ll get.

So, take a look at what Rotherhithe has to offer. If there’s anything you like, just click. This will take you to a dedicated page with the full list of reviews and further details about the development itself.

Our top entry for Rotherhithe, Marine Wharf West is a residential development from The Berkeley Group. Apartments here are separated by landscaped grounds, and they’re close to the River Thames and London’s largest working marina – South Dock. London City Airport, Surrey Quays station and the Thames Clipper riverbus services are all nearby. Residents describe it as the “perfect commuter development” due to its modern, tranquil design and facilities.

Next up at number 2 is Porter’s Edge, a new addition to the wider Canada Water regeneration scheme. It features a mix of studios and one, two, three and four-bedroom apartments alongside office spaces, retail units, a cinema and a health centre for added convenience. The development is located only 2-minutes away from Canada Water station itself, with links to the Jubilee line and Overground services.

Lagging only slightly behind its Western counterpart in the rankings, Marine Wharf East is only a 2-minute walk from Canary Wharf station. The residence overlooks the River Thames, with access to the riverside pathway only a minute away from the development. Marine Wharf consists of one, two and three bedroom apartments, with majority of them having a private balcony and terraces. In total there are 163 apartments and the development’s ‘green roof’ is entirely ecologically sustainable.

Next, we’re heading slightly westwards to Maple Quays, a new-build residential development of more than 650 apartments in Canada Water. It was developed by Barratt London and designed by Glenn Howells Architects. Ontario Point, the tower at the apex of the development, features 26 storeys of luxury apartments, and there’s a range of differently priced apartments spread across the surrounding mid-rise buildings.

Paying homage to the French-speaking part of Canada is Quebec Quarter. This development offers larger-than-average one, two and three-bedroom apartments, and central London locations including Canary Wharf and London Bridge are accessible in less than five minutes from the nearby Canada Water Station. Pet-friendly tenancies are also available here. Quebec Quarter encompasses a range of differently styled buildings, with apartments available for sale and to rent.

Need more information about Rotherhithe? Check out our dedicated guide for more details on the area, its highlights and top developments.

Once a collection of abandoned docks, Rotherhithe has blossomed into a thriving neighbourhood with more than just a riverside location to shout about. Although it is worth a special mention. Buy or rent in Rotherhithe and you’ll look across the water to London landmarks Read more about Rotherhithe

The post 5 best places to live in Rotherhithe appeared first on HomeViews.