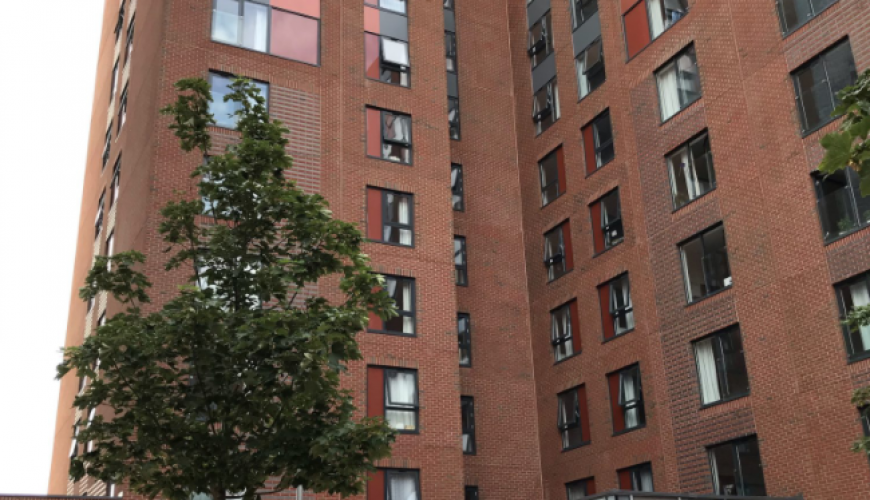 One of the most thriving, vibrant cities in northern England, Liverpool is a popular place to live and work in. With its history as a major port city, Liverpool has always been a hub of industry. Its cultural and sporting fame attracts people from all over the country and the world. Like many English industrial cities, Liverpool has lately seen a great deal of development, transforming the city into a modern centre for culture and industry. Verified residents have been providing their reviews of the city’s numerous new property developments on HomeViews, helping us to bring you the best 1 bedroom flats to rent in Liverpool.

Liverpool is the sixth-largest city in England, with just less than a million people of a diverse range of cultural backgrounds. Liverpudlians, or Scousers, pride their city as a friendly and welcoming place to visit and live. Once an industrial heartland thanks to its busy port, the city has been witnessing a great deal of investment and regeneration. Many areas that had suffered in previous years have experienced a renaissance. Developers have regenerated whole streets of previously neglected terraced houses. The docks and other former industrial sites have also transformed with the arrival of modern residential and commercial developments.

Liverpool is the fastest growing UK city aside from London, with its population almost doubling over the past decade. It has a reputation as a bustling, buzzy city, which attracts students, professionals and families thanks to its friendly atmosphere. The city has consistently been ranked as one of the friendliest places to live in the UK. Rough Guide also voted it the fourth-friendliest city in the world.

The city has many claims to fame, but perhaps its greatest is as the birthplace and home of The Beatles. The Fab Four left an indelible mark on the city, and Liverpool still has a reputation as a fantastic centre for music and culture. There are various superb live music venues and theatres, while the city’s club and bar scene is second-to-none. Liverpool was the European Capital of Culture for 2008.

Alongside its reputation as a cultural hotspot, the city is a centre of world-class sport. The two famous football clubs of Liverpool and Everton play their home games less than a mile from each other, either side of Stanley Park. World-famous Aintree Racecourse, home of the Grand National, is located on the outskirts of the city. The city also has access to some of the best links golf courses in the British Isles, including two Open Golf Championship venues, Royal Birkdale and Royal Liverpool.

Liverpool is a relatively affordable place to live, compared to a host of other English cities. The city is almost 17% cheaper to live in than London overall. Rent is one of the biggest savings for those living in Liverpool. The average cost of rent is almost 66% cheaper than London.

There are a variety of superb options for areas to live in the city. The bustling city centre features a growing number of residential developments amidst the superb shopping and historic architecture. The Baltic Triangle, once an industrial area, has been named on the coolest places to live in the UK. It’s full of independent shops, cafés, bars, markets and arts and cultural attractions. Close to the city centre, bohemian Ropewalks is another popular area with students and young professionals. The leafy, affluent suburb of Aigburth is popular with families.

What does Build to Rent mean?

Rental only developments can offer the security of longer-term tenancies, with the promise of a hassle-free renting experience. Because the developments are purpose-built for rental, the rental process is designed to be as smooth as possible. This can include transparent contracts and a choice of optional extras. Choosing a built to rent property can be more expensive, but can have benefits that outweigh the additional cost.

1 bed flats to rent in Liverpool: Best developments as rated by tenants

Below is our list of the best one bedroom flats to rent in Liverpool. We’ve created the list based on the reviews of verified residents. HomeViews collects feedback on residents’ experience of living in each development. Reviewers rate every aspect of the development, from design and facilities, to the management team, services, location and value for money. Read on to find the best-rated new build to rent flats in Liverpool.

*PLEASE NOTE these rankings take into account how many reviews a scheme has and how recently those reviews have been submitted, so may not match the overall star ratings shown. Buildings with a larger number of more recent reviews are given a greater weighting to reflect current building performance – as on our area guide pages.

The number one rental-only development for 1-bed flats to rent in Liverpool, is the Cargo Building. Managed by Savills on behalf of Hermes, it features 324 one, two and three-bedroom apartments located in Liverpool’s sought-after Baltic Triangle and facing the Albert Dock. Residents have access to free broadband, a residents’ lounge, a private gym, on-site management, underground parking and 24-hour security. The development is also pet-friendly.

Read reviews and details of The Cargo Building, L1

In at number two is The Copper House on Liverpool’s desirable dockside. This build to rent development is a landmark collection of 382 premium rental apartments. There are one, two or three-bedroom apartments to choose from. Residents can enjoy all the shared spaces on offer, from the entrance courtyard, lounge and fully equipped gym, to the 16th floor garden, which offers stunning, far-reaching views across the Liverpool skyline.

Read reviews and details of The Copper House, L1

Plaza 1821, built by Peel L&P Holdings and managed by Redwing, is number three in our list of 1-bed flats to rent in Liverpool. Situated within the larger Princes Dock scheme, the development is right in the centre of Liverpool with access to many amenities. Resident’s benefit from views over the Liverpool waterfront, while the development has the latest technology and leisure facilities.

The Gravity Residence is a new rental-only development of 104 luxury properties in a mix of studios, one and two-bedroom apartments. Residents have access to a wide range of communal facilities including an on-site gym, a secure luggage storage room for all residents; and a grand reception and lobby area offering a concierge service.

Rounding off the top 5 of 1-bed flats to rent in Liverpool is Kings Dock Mill. A rental-only development by Grainger, the building situated in Liverpool’s trendy Baltic Triangle, close to shops, bars, restaurants and cafés. With a mix of one, two and three-bedroom rental apartments, the development is praised by residents for its superb location and light, spacious and modern accommodation.

Would you like to learn more about living in Liverpool? To find out more about the city, and search for flats to rent in Liverpool, visit our area guide. From there, you can read more about life in this popular city, and find even more great rental opportunities.

As a major trading port travellers have been coming to Liverpool for centuries. Located in North West England, Liverpool is the sixth largest city in the UK. It sits within the county of Merseyside. Moreover, its status as a port city has contributed to Read more about Liverpool