Your guide to universities in Manchester 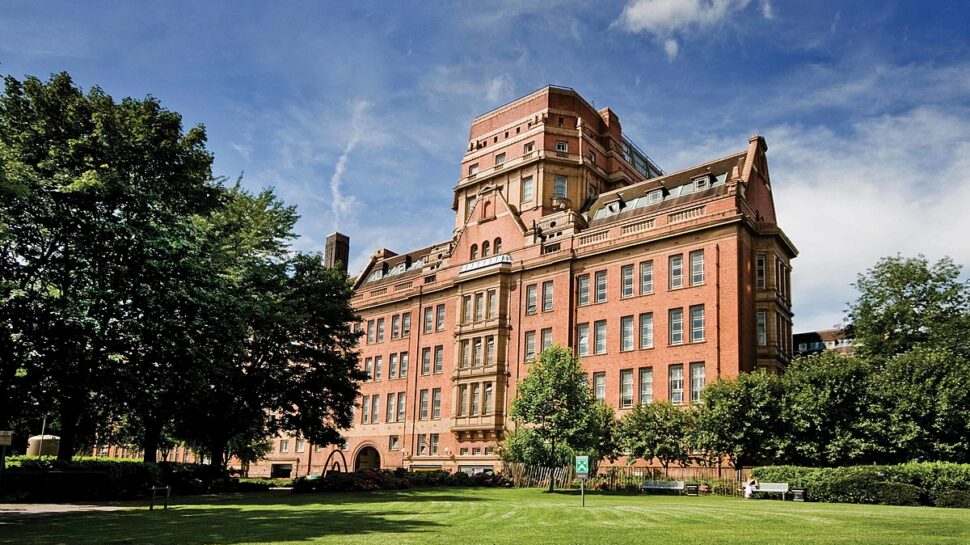 Manchester has always been a magnet for world-changing ideas. From the Industrial Revolution to the Digital Age, it’s a city that deeply respects and encourages learning. With no fewer than four major universities in the Greater Manchester area, higher education is bred into its bones. Want to study here? Then first check out your guide to universities in Manchester.

Before we dive into the big four, let’s take a look at some of the main things prospective students want to know about living and studying in Manchester.

How many students study in Manchester?

There are roughly around 100,000 students living in Manchester today. Around 19,000 come from outside of the UK, drawn from over 150 countries worldwide. This makes Manchester the third most visited UK city by international tourists.

Is Manchester a good city for students?

Manchester is an excellent place for students to live. It offers an exciting, diverse and varied city lifestyle with outstanding nightlife, bar/pub, restaurant and retail scenes. Manchester is also extremely cultural, with world-class museums, art galleries, libraries and theatres.

Another big benefit for students is the comparatively inexpensive rental market in Manchester. While prices are rising as part of the city’s property investment boom, there remains a great range of affordable rental properties. Prices at the universities’ halls of residence are very reasonable, ranging from £80-£120 per week. Even outside of the universities, you’ll find rental accommodation in Manchester to be surprisingly good value compared to many other major UK student hubs.

Where do most students live in Manchester?

Most Manchester-based students either live in halls of residence on campus, or in the south of the city. Fallowfield and Withington are particularly popular due to the concentration of inexpensive rental housing there.

Is Manchester or London better for students?

Manchester is neither straightforwardly better or worse than London for students as a place to live and study. As always, it depends on what you’re looking for. However, both cities offer exceptional access to culture, art, nightlife, entertainment and sporting venues. Both are also easily and cheaply navigable via public transport or by cycling.

However, one area where Manchester has a clear advantage over London is the cost of living. On average, you can expect to pay 32% less to live in Manchester than London. For students, many of whom live on loans and part-time work, this is an important consideration.

Our Guide to universities in Manchester

Here are the four main universities in the Greater Manchester area. Between them, they offer 2,500 degree courses. So, wherever your passion for learning lies, you will find the perfect course to study in Manchester. Remember that this is just a brief guide to universities in Manchester, and each of their websites has the full story.

The University of Manchester

Established in 1824, and now one of the largest and most prestigious universities in the UK, the University of Manchester is a global pillar of higher learning. Part of the prestigious Russel Group, it counts 25 Nobel laureates among those who have studied and/or worked here. This is the site where Rutherford split the atom, and where Williams and Kilburn developed the modern computer.

The University of Manchester is much a part of the UK’s educational future as its past. 83% of the research carried out here is classed as ‘world-leading’. This speaks to the quality of research facilities and staff, and the depth of the university’s resources. Additionally, the university is investing a staggering £1 billion in facilities here throughout 2022. This is one of the biggest and most ambitious investment packages ever experienced by a UK university.

You’ll find the University of Manchester slightly south of the centre, just beyond the A57(M). It’s split into two main areas – Oxford Road and Sackville Street. Conveniently, this still puts it within easy distance of the city centre and many of the main nightlife hotspots, including Canal Street, The Gay Village and Oxford Road itself.

With 40,000 students in attendance, The University of Manchester is a dominant educational presence in the city, the north of England, and the UK itself.

Literally just down the road from the University of Manchester, you’ll find another top tier higher education option in the form of Manchester Metropolitan University. It too has over 40,000 students in attendance, and over 330,000 alumni spread across the world.

Its near top-50 national ranking is due to a combination of its outstanding campus, the range and reliable quality of its courses and lecturers, and its ever-evolving strategy to make its educational offering as useful and viable as possible in leading to a fruitful, fulfilling career path for every student.

The campus – an extremely stylish, modern affair – has added plenty of new features and facilities in recent years. In 2021, it opened a brand-new £35 million School of Digital Arts (SODA) as a hub for the future of digital storytelling. Early 2022 saw the opening of its new Institute of Sport, a “centre of excellence for sport-related research, education and knowledge exchange.” 2023 should see the completion of a new Science and Engineering building, including a 200-seat superlab.

Studying at Manchester Metropolitan University is also grounded in the idea that your degree should directly help you get a head start on your chosen career. The university works extensively with local, national and international employers and experts to help shape each student’s studies accordingly. This makes their courses practical from a long-term career perspective, as well as academically satisfying and enjoyable.

Manchester Metropolitan is also the UK’s number 1 sustainable university. Its commitment to being carbon-neutral by 2026 is being achieved through a combination of on-site renewable energy generation, advanced waste reduction strategies and highly innovative recycling of suitable waste streams. For forward-thinking, forward-looking students, this is a reassuringly green approach that provides an excellent example to follow.

The University of Bolton

With only 11,000 students, The University of Bolton is a relatively small institution. This is how they like it, according to the university’s leadership. It allows for small class sizes and a more personal student experience where more people are known to you as you wander across campus.

Despite its small size, the student body is still incredibly diverse. 25% of UK students here are from ethnic minorities, and the international students are drawn from across the world.

The University of Bolton also prides itself on being one of the most socially inclusive universities in the country. This is partly down to the extremely wide-ranging student clubs, societies and activities supported here.

Additionally, a slew of new investment packages has transformed the campus in recent years. These include its £13 million upgrades to the National Centre for Motorsport Engineering, to the £31 million spent on the Bolton One building. This saw the completion of a 25m swimming pool, 50m climbing wall, competition-level trampolines, large sports hall and fully equipped modern gym. These outstanding facilities mean that the University of Bolton routinely scores very highly in the ‘student experience’ category of UK university leaderboards and surveys.

The university is located right in the heart of Bolton, itself only a 20-minute drive from Manchester.

Arrive a student. Leave an expert. This is the University of Salford’s proud claim, backed by its increasingly solid reputation and national ranking. With over 190 courses offered, ranging from PPE to documentary making, there really is something for everyone here.

Salford is just over the river from Manchester to the northwest, but still technically counts as being its own metropolitan borough within the Greater Manchester area. The University of Salford itself is less than 2km from the city centre. This puts it within easy reach of the buzzing nightlife of the Northern Quarter, as well as the increasingly popular Salford Quays area.

It’s also the only university with a physical presence in Manchester’s MediaCityUK. This gives its students direct access to the heart of media and the digital and creative industries in the north of England. For budding creatives, this makes the University of Salford a great option for consideration.

As you can see, Manchester has an exceptional line-up of top-tier universities to choose from. Whatever your current academic priorities and future career plans, you will find a variety of exciting options to choose from here.

The investment and expansion plans briefly outlined here show that Manchester universities are preparing to deliver the next level of higher education experiences. Keeping up with the growth and energy of the city and Greater Manchester are, its universities remain nationally competitive. Keep this in mind when considering where you want to study.

By choosing Manchester, you don’t just get to access exceptional universities. You will also position yourself to enjoy a great student lifestyle in one of the UK’s most exciting cities. Use our guide to universities in Manchester as a starting point, but remember that it just scratches the surface of what’s possible.

20 best places to live in Manchester according to residents

10 best schools in Manchester and where to live nearby

We hope our guide to universities in Manchester will prove helpful in narrowing down your options. If you want to know more about what it’s like to live in Greater Manchester, check out our area guide below. Here you’ll find all of HomeViews’ listed properties for buying and renting across the region.

The post Your guide to universities in Manchester appeared first on HomeViews.