Top 10 cheapest places to live in the UK 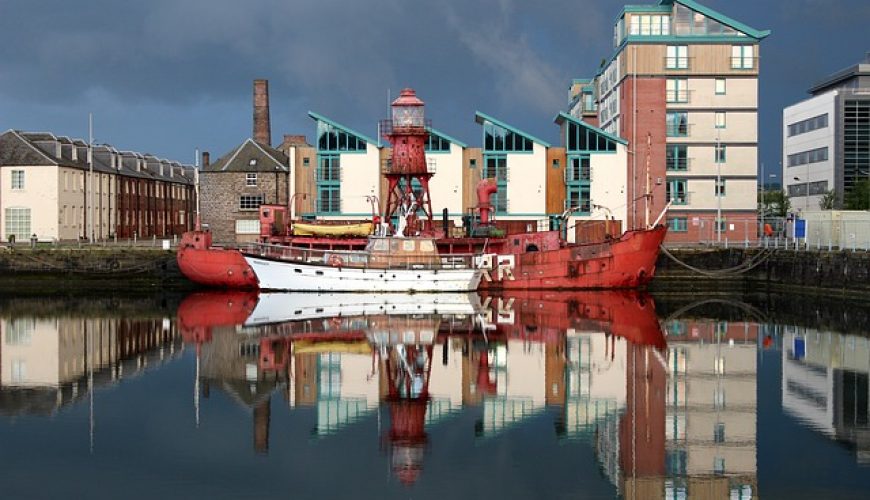 With the pandemic still causing uncertainty, it’s not easy to decide when, or if, to move home in the UK. However, as housing markets begin to normalise, more people are considering making a major change in their living situation. As always, affordability is often the main consideration before moving home, so we wanted to highlight the 10 cheapest places to live in the UK right now.

2022 is already proving to be a tricky time for the UK, economically speaking. From gas price hikes impacting heating bills, to general inflation rises, people all over the country are feeling the squeeze. This makes it all the more important to understand how cheap or expensive an area is before planning to move there.

Working out the affordability of an area means looking at it from many different angles. These are the main cost factors to bear in mind before making the big move.

Ongoing costs of living are important, but the ‘bar to entry’ cost of moving to a new area is the price of its housing. The ‘Price to Earnings’ ratio, or PE, of an area is how much properties there cost on average, compared to the average amount people living there earn each year.

PE is usually expressed as ‘X’ times average earnings. A PE ratio of 5 would mean that, on average, properties in the area cost 5 times the amount people living there earn in a year.

While food prices in the UK don’t vary massively from region to region, there are differences to consider. What kind of supermarkets are close to where you want to live? Are there local markets and small businesses to buy from? How will this impact your food shopping options and realistic costs?

Working out a rough estimate of your monthly food shopping choices and costs can be helpful. Since food is a constant expense, it’s worth bearing in mind when seeking a new place to live.

As well as the daily essentials, you also need to factor in the likely costs attached to the cultural, nightlife, dining and general entertainment scenes of your target area. It’s easy enough to get a rough idea of restaurant, pub and club prices via a quick online search. For cultural and entertainment experiences, their respective websites should have their associated prices on display.

Take a little time to figure out what kind of things you would like to be doing in your new village, town or city. This should help you work out the cost of living there, beyond the basics.

One easily overlooked cost factor is your transport options. Will you be using public transport? If so, how much will it cost per month? If not, will you have to drive everywhere? What will be the associated costs in terms of fuel, parking and other expenses like taxes and insurance?

How you get around in your new area is a key consideration, one that comes with a significant cost implication.

10 cheapest places to live in the UK

As the list above shows, there are so many factors to figuring out how cheap or expensive an area is. The following list is based on PE – Price to Earnings ratio – because this is one of the main indicators of true affordability. If the house you want to buy is within easier reach of your annual earnings, this takes care of the main cost of moving and settling there.

PE ratios are also useful indicators of affordability for renters, as rental markets are influenced by overall area house prices. Generally, the cheaper the local house prices, the cheaper the average rental rates. Of course, this isn’t a hard rule, and some areas are disproportionately cheaper or more expensive to rent in. This could be due to the property types available, accessibility of transport links, new/upcoming investment plans for the area, etc.

While PE ratios aren’t the full story on an area’s affordability, they do give a useful first impression. Now it’s time to look at the top 10 cheapest places to live in the UK, according to their PE ratios. This data is drawn from mortgage lender Halifax’s latest report on the UK’s most affordable cities, covering the period June 2020 to June 2021.

Current average house prices are all taken from Zoopla’s current data at the time of writing – January 2022. All averages are formed from the past 12 months of collected data.

Found on the East Coast of Scotland, Dundee is famous for more than the cake! Investment has poured into the city in recent years, and the regenerated areas are a big success. Packed with cultural attractions and solid nightlife offerings, Dundee is also extremely well connected. There are also plenty of great schools and a reliably low crime rate here.

The City of Dundee is located on the northern banks of the Firth of Tay. It has a population of around 150,000 people and is ranked as one of the best cities to live in Scotland. Dundee was established during Roman times when it Read more about City of Dundee

Compact, cultured and convivial, Hull is a great place to explore and enjoy. Full of winding streets with unique independent shops and eateries, it has a lot going on wherever you choose to settle. As the UK City of Culture 2017, its cultural offering has only become stronger with time. It’s also a great city for enjoying, and potentially buying, period homes from Georgian townhouses to Victorian terraced options.

Dubbed the ‘Capital of the Scottish Highlands’, Inverness is the gateway to the best of Scotland’s natural beauty. Not only that, it’s only 20 minutes from Loch Ness, the most famous and storied of the country’s many beauty spots. The city itself is a charming cosmopolitan affair, without being overwhelming. Despite all its good points, Inverness still remains a highly affordable place to live.

Perth is another Scottish city that manages to combine affordability with excellent cultural, economic and entertainment offerings. Not only is it brimming with history and beautiful examples of Georgian and Victorian architecture, it’s also blessed with nearby natural beauty. Cairngorms National Park is right on the city’s doorstep, and this is just one of many enticing opportunities.

Scotland’s largest city, Glasgow is a city on the rise. Sadly, it has a long history of suffering economically after the closures of shipbuilding firms and manufacturing centres. However, Glasgow is enjoying a big comeback through massive investment in infrastructure and new sectors like aerospace engineering, digital technologies and renewable energy. It’s a city with a fantastic mix of the old and new, and is brimming with opportunity and character.

The City of Glasgow is a large city in Scotland that lies on the River Clyde. It has a population of 598,040 and an area of 335 square miles. Known as “the Dear Green Place,” the city offers residents plenty to do with over Read more about City of Glasgow

Scotland is simply dominating this list! Aberdeen is known as the ‘granite city’, because of the distinctive grey granite used in much of its building works. The whole city is a joy to wander through, as almost every street turns up a charming tucked-away shop, cosy restaurant or interesting architectural delight. Aberdeen is also about as green as cities come, enjoying its status as a ‘European Forest City’. The city has four forests surrounding it, and is committed to maintaining vast tracks of green space within its limits.

Aberdeen is a city in the northeast of Scotland and has been an important port for centuries. It’s known as one of Europe’s energy capitals and boasts some beautiful scenery with many parks and green spaces to explore. The City of Aberdeen covers over Read more about City of Aberdeen

Stirling is a joy to live in, thanks to its own numerous qualities and its excellent commuting potential to other major Scottish cities. There is a real community feel here, even though Stirling is a sizeable city. It enjoys numerous cultural events, markets and fetes throughout the year. History buffs will also love the striking 16th Century Stirling Castle that looms over the city’s Old Town.

There are so many things to love about Stirling and Falkirk. It’s located in central Scotland, just south of Glasgow, which is a beautiful city with plenty to offer for someone who wants to enjoy themselves outside of work. The people here are friendly, Read more about Stirling & Falkirk

England finally gets a look-in on our list! Bradford is a major city in West Yorkshire, with a rich history and an exciting future. Not only is it well connected in terms of road links, especially for Yorkshire, its walking and cycling schemes are constantly being expanded. This is making it easier to enjoy the city either on foot or by bike. Plus, if you want to get away from the bustle of the city, Ilkley Moor is a stone’s throw away.

West Yorkshire is a county in the north of England. It borders Greater Manchester to the south, Lancashire to the west and the East Riding of Yorkshire to the east. Made up of seven districts, Kirklees, Calderdale, Bradford, Wakefield, Leeds, Sheffield Hallam and York, it Read more about West Yorkshire

As the ‘county town’ of Cumbria, Carlisle offers a lovely mix of city-life convenience and easy access to the great outdoors. Though it was devastated by floods in the mid-to-late-2000s, Carlisle came back stronger than ever. Regeneration schemes and private investment mean that today you can find smart, stylish bars and restaurants gracing restored Victorian arcades and woven into the historical fabric of the city. Scotland is also within walking distance, and the Lake District is less than an hour away by train or car.

Cumbria is a county in the north of England, and one of the most beautiful places to live. There are many factors that go into choosing where to live, but Cumbria has something for everyone! From the beautiful scenery to the great schools, there’s Read more about Cumbria

The winner of the most affordable city in the UK is Londonderry, Northern Ireland. Situated on Ireland’s North Coast, where the Causeway Coastal Route and Wild Atlantic Way meet, Londonderry is awash with stunning scenic views. Rich in history, its medieval walls have stood for over 400 years. However, it’s rich in modern city assets and benefits too. There’s a thriving global dining scene here, and the café culture is constantly improving. Londonderry is also famous for the warmth, and wit, of the people who live here.

We hope that this list has opened your eyes to the possibilities for cheaper city living in the UK. Check back here in the future for further highlights on the most affordable areas you can find across the country. The cheapest places to live in the UK are always changing as new investment and market forces change the housing markets there.

The post Top 10 cheapest places to live in the UK appeared first on HomeViews.