New homes in the City of Edinburgh: 5 best developments 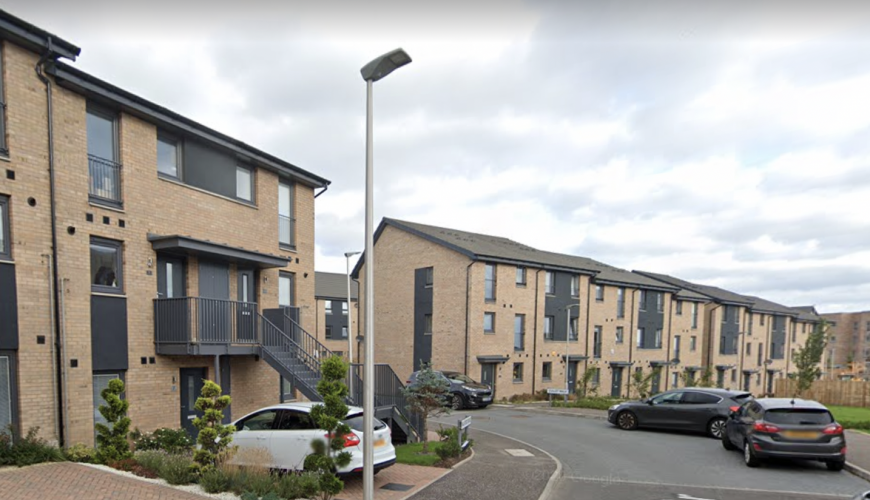 Scotland’s capital is a city of international renown. With more to see, do and explore than you could hope to achieve in a single visit, there are plenty of reasons why more people want to move here. Whether you’re new to this part of the world, or have had your eye on it for some time, come and explore the best new homes in City of Edinburgh with us.

Where is the City of Edinburgh?

The ‘City of Edinburgh’ is classed as both Scotland’s capital city and its own council area, one of 32 in Scotland. It was historically part of the county of Midlothian (also known as Edinburgshire pre-1921). You’ll find the city on the eastern edge of Scotland, on the southern side of the Firth of Forth estuary.

Why live in the City of Edinburgh?

Edinburgh is deserving of its international reputation as a city of culture, beauty, history and inclusivity. People from all over the world flock here in their millions every year to soak up this storied atmosphere. When they leave, most will consider coming back, and many will consider moving here for good.

Despite its popularity, the city of Edinburgh doesn’t have that large a population. Only around half a million people call it home. This means that despite being an exceptional place to live, it’s not a sprawling city that suffers from overcrowding. However, when the renowned Edinburgh Festival Fringe – the largest arts festival in the world – is on, visitors invariably outnumber the locals! Pre-pandemic, the 2019 Fringe hosted 750 shows, performing to crowds exceeding 850,000, drawn from all around the world.

As well as major annual festivals, Edinburgh is a cultural haven for events of all sizes occurring every day of the year. You have so much choice here when it comes to world-class museums, art galleries, theatres and venues of historical importance. Even Edinburgh Castle, the city’s spectacular centrepiece, plays host to The Royal Edinburgh Military Tattoo, an annual extravaganza of international military bands, and artistic performance teams that has to be seen to be believed.

Packed with history, Edinburgh also has a bright present and future. It’s well off for green space, and you can even hike up to Arthur’s Seat, an ancient volcano, which has its base near the city centre. Edinburgh is a thoroughly walkable city too. Lose yourself in its winding streets, it’s half the fun of walking about the capital!

As for education, Edinburgh enjoys excellent schools at both the primary and secondary levels. For higher education, it also boasts five campus universities, each of them highly respected in the UK and internationally.

What are average property prices in the City of Edinburgh like?

Sadly, all of this doesn’t come cheap. Edinburgh is one of the most expensive cities in the UK to live, work and buy homes. In December 2021, the average house price for Edinburgh was £348,450, according to Zoopla. This is almost double the national average for Scotland, recorded at £180,000 in September 2021 by the Office of National Statistics.

Renting in Edinburgh is not cheap either. Rents have risen nearly 50% during the past decade. Today, renting a one-bedroom property in Edinburgh will set you back around £755 on average.

Still, you can’t beat Edinburgh location-wise. If you want to be part of a vibrant, beautiful and immensely characterful city, Edinburgh is all of these things and more.

If you like the sound of living in Edinburgh and aren’t put off by rising rental and purchase prices, then this wonderful city could be your new home. Get started in your search for the ideal Edinburgh home with our list of its top-ranked developments on HomeViews. As always, this list is purely determined by the reviews given by verified residents of the developments themselves.

Our top-ranked development for Edinburgh is The Strand at Portobello, by Barratt Homes, which is located close to the picturesque Portobello beach. The development itself comprises 2 and 3-bed homes, all designed and finished to a high standard. As well as close proximity to the beach, The Strand is just a few miles from Edinburgh city centre, giving residents the best of both. This is probably why the development has a perfect score for its location!

Read reviews and details of The Strand @ Portobello, EH15

In second place, The Ropeworks by The Teague Group sits in Edinburgh’s Leith. This is a multi-phase development with 1-3-bed apartments and 3-bed town houses on offer. The Ropeworks is also part of the historic Edinburgh Roperie and Sailworks company site, which adds plenty of character to the area. Residents are fans of the well laid out and comfortable homes, many of which feature balconies that are ideal for taking in the cityscape views.

Read reviews and details of The Ropeworks, EH6

Next up, Salamander Street by Hillcrest is also in Leith, an up and coming area of Edinburgh. The development is 6 storeys high and provides 145 units, comprising 1-4-bedroom flats and maisonettes. There’s also a basement car park for residents’ benefit. The development was funded as part of the Scottish Government’s National Housing Trust initiative, providing affordable homes with the potential opportunity for tenants to buy the properties after five years.

Bonnington Mill, by Miller Homes, is located in the heart of Bonnington, one of Edinburgh’s most vibrant districts. Offering 1-3-bed apartments, residents benefit from a picturesque riverside setting, as well as a wide variety of useful transport links that really open up the city and surrounding area. Plenty of reviewers call it a friendly development that serves as great place for professionals, families and retirees to live.

And finally, Lochrin Quay, managed by JLL, sits next to the Union Canal, near the heart of the city. The development comprises 113 contemporary apartments, offering a mixture of 1, 2 & 4-bedroom options, all to rent. There’s on-site bike storage, a comfy communal lounge and all homes benefit from superfast Wi-Fi. There’s lots of praise from residents for the concierge team too, who they say are always on hand to help with any issues, big or small.

Make sure you check back on our expanding list of the top-ranked new homes in City of Edinburgh. We’re always adding new developments, and verified residents are keen to share their thoughts on where they live.

Edinburgh is a city that offers a wide range of opportunities for those who are looking to buy a home. The capital of Scotland, Edinburgh is the country’s most populous city and hosts many attractions including world-class shopping districts, beautiful architecture, and rich culture. Read more about City of Edinburgh

The post New homes in the City of Edinburgh: 5 best developments appeared first on HomeViews.