New homes in the city and county of the City of London: Top 10 developments 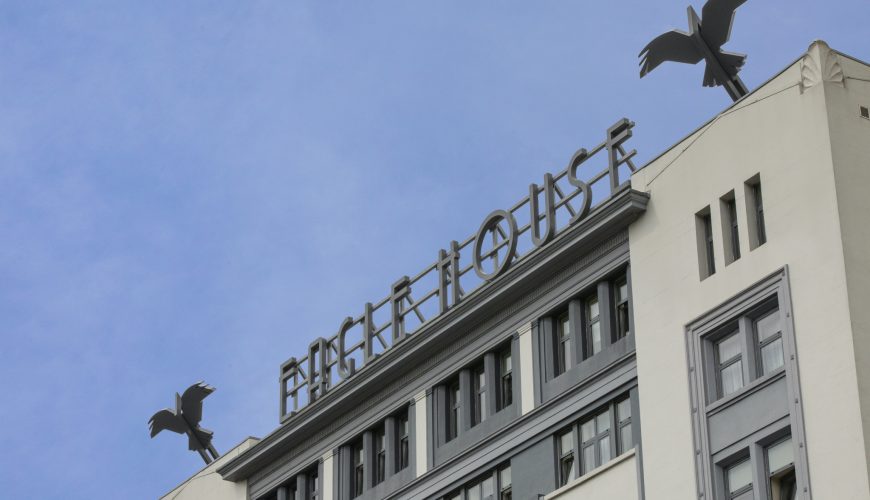 Money never sleeps, but the people who make it have to! The City of London is renowned worldwide for hosting a global financial services mega-hub, a city within a city. Read on to discover what this unique part of the capital has to offer, and find some of the best new homes in the city and county of the City of London.

What is the city and county of the ‘City of London’?

It can seem a bit confusing at first glance, but the ‘City of London’ is in fact its own tiny county (and city) within the heart of London itself. Also known as the Square Mile, or just ‘The City’, the City of London only covers 1.12 square miles. This makes it the smallest ceremonial county in the UK.

It runs along the north bank of the Thames. Extending from the legal districts of Temple and Chancery Lane along to the Tower of London. Its northern limit is roughly around the famous Barbican performing arts centre. This small but important area makes up the beating heart of the financial services sector for which London is so famous.

Why live in City of London?

The city and county of the City of London is a unique place to live, even by London standards. While half a million commuters make the trip in for each working day, only about 8,000 people actually live here. This makes the City of London a tiny residential community, but one with immense importance to London and the UK.

In terms of concrete benefits to living here, let’s start with the obvious. The City of London is right in the heart of the capital’s never-ending action. The rest of London is immediately accessible since a whole 12 Underground stations are packed into the Square Mile.

As for the City of London itself, it’s an entirely walkable city. Given the richness of the architecture, civic buildings, statues and general beautification efforts across its length, walking is by far the best way to absorb the City of London. You definitely don’t want to own a car or even use taxis if you can avoid it! The City is among the busiest and most congested districts of London.

Walking around will also open your eyes to the sensational dining scene here. The financial district is crammed with large company headquarters, full of hungry executives and staffers. Therefore, it’s hardly surprising that there’s such a high concentration of outstanding restaurants and eateries in the Square Mile. You can find practically every major foodie scene and popular national cuisine represented here. While fine dining options abound, the Leadenhall Market is the place to go for a simple yet delicious lunch.

History and culture wise, The City of London contains some of London’s oldest and most important buildings. The Tower of London, Museum of London, St Paul’s Cathedral, Dr Johnson’s House and the Bank of England Museum are all located here. Of course, you only have to walk outside the Square Mile and you’re still in the heart of London itself. This puts you within reach of its thousands of cultural and historical attractions.

If you were expecting cheap property options in the City of London, prepare for disappointment. The Square Mile is one of the most desirable areas in the country, and this puts a hefty price tag on its property market. In December 2021, Zoopla recorded the average house price for City of London at nearly £900,000. This is more than triple the national average property price for England, which the ONS recorded as £288,000 in September 2021.

Despite a major dip in 2020 thanks to the pandemic, house prices are back on the rise for the City of London. Analysts are now talking about a ‘gradual return to normality’, as conditions improve. In fact, the whole of ‘prime central London’ has risen by 1.1% in 2021.

Luxury flats are a dominant part of the market here. However, there are also plenty of uber-smart townhouses (many of them period homes that have been sympathetically modernised) and some more inexpensive terraced house options to be found.

New homes in the city and county of the City of London: 10 best developments

If the thought of living in the heart of London’s financial district appeals, then it’s time to get looking. You’ll find the property market relatively small here, compared to other London areas, but it’s fast-moving and always exciting. Below are just five of the top-ranking property developments representing some of the best new homes in the city and county of the City of London.

Top of our list for the City of London is The Eagle, a Mount Anvil development. This high-rise building comprises both residential units and commercial space. There are 276 apartments here, 70 of which are Family Mosaic affordable housing units. The Eagle is close to Old Street station and an easy walk from the vibrant London neighbourhoods of Shoreditch and Hoxton. Residents say that this is one of the best development of the many that have sprung up around Old Street Roundabout and City Road.

Read reviews and details of The Eagle, EC1

Mount Anvil takes the second spot on our list too, this time in partnership with Clarion Housing Group. Lexicon – also known as The Chronicle Tower – is a new addition to the Islington borough, and its 115 metres and 36 storeys make it the area’s tallest development. There are 146 units here – a collection of 1-3-bedroom apartments, all superbly designed and delivered, set on City Road by Regent’s Canal. The development itself is close to Angel, Shoreditch, Clerkenwell and Farringdon.

In 4th, Canaletto London is a development by Groveworld, which features 190 1-3-bedroom apartments and studios across a soaring 31-storey tower. Situated on City Road in Hoxton, the development is less than a ten-minute walk away from Old Street Underground and rail station, offering connections to the Northern line and Great Northern rail services. Victoria Miro gallery is also within walking distance of the development.

The middle rank on our list goes to Roman House, which is located an easy 5-minute walk away from Moorgate Station, with links to the Circle, Hammersmith & City, Metropolitan and Northern lines. This Berkeley Homes development comprises 90 1-3-bedroom apartments and was designed by Rolfe Judd. The homes enjoy several smart technology upgrades for residents’ ease and comfort. The management team here are routinely praised in the comments section too.

Our 6th spot is the regenerated Kings Square Estate, which offers a selection of 1-2-bedroom apartments. The area is bursting with character and the development itself is ideally located close to Clerkenwell, the Barbican and Liverpool Street Station. Residents are big fans of the overhauled design of the apartments and the high quality of the overall regeneration effort itself.

Next up, Central Square is another Mount Anvil development. This one comprises 274 studio and 1-4-bedroom apartments. It is located in Clerkenwell, just an 11-minute walk from Old Street station which is serviced by the Northern Line and Great Northern line trains.

In 8th place, The Heron is developed by the Heron Corporation and designed by David Walker Architects Ltd. Like Roman House, it’s also located a very short walk from Moorgate Station. There are 284 1-6-bedroom apartments on offer here, plus a few studios. Residents here enjoy excellent London skyline views, with some lucky ones even having St Paul’s and the Barbican as a backdrop from their window.

Read reviews and details of The Heron, EC2Y

In 9th, Landmark Place offers a selection of 165 1-3-bedroom apartments and penthouses. This exclusive riverside development sits in between two iconic river crossings, London Bridge and Tower Bridge. The development is equidistant to Monument and Tower Hill Underground stations, both of which are only a short walk away. The development scores highly in terms of its facilities, which include a gym that’s open 24/7, a swimming pool, a sauna and a lounge that offers free coffee and tea.

Our final place in the list goes to Charterhouse The Square, which is a mixed-use development by Thornsett, comprising 174 residential units across two blocks. On site, there’s a flexible range of 1-2-bedroom apartments, all of which enjoy a dedicated concierge service. The development itself is just a 3-minute walk away from Barbican Station and enjoys easy access to the vast array of shops and restaurants in the Farringdon area.

Read reviews and details of Charterhouse the Square, EC1M

Central London is expanding and evolving at a pace that’s hard to keep up with. If you want to get a better idea of what’s going on here, consult our area guide below. Be sure to check back on this list too, as we regularly update the rankings based on the addition of new developments and reviews.

City and County of the City of London

The post New homes in the city and county of the City of London: Top 10 developments appeared first on HomeViews.