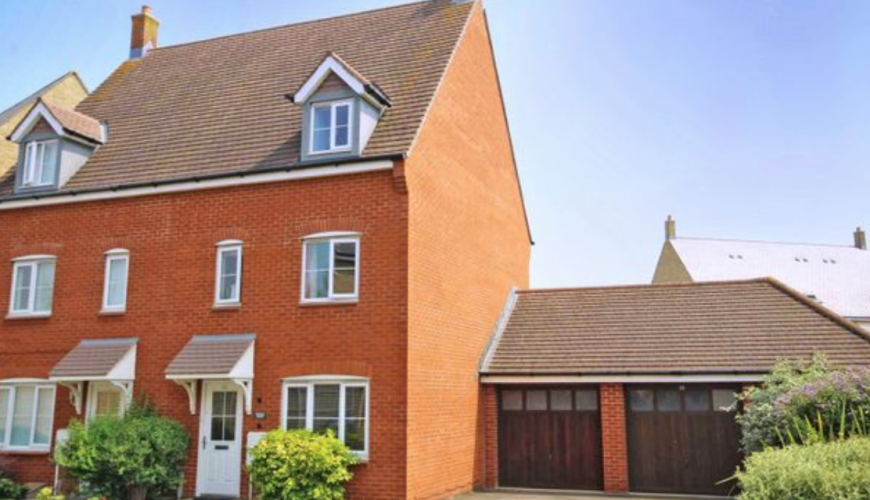 Looking for your perfect new home in Gloucestershire? We can help. Verified residents on HomeViews have shared their experience of living in developments across the county, rating everything from the location to the community spirit. Using these hard-won insights, HomeViews can reveal the best new build homes around. Read on to see who made the Top 5.

So, where is Gloucestershire? A county in South West England, it forms part of the Cotswold Hills and the Severn Vale and the entire Forest of Dean. From north to west, the bordering counties are Worcestershire, Warwickshire, Oxfordshire, Wiltshire, Bristol and Somerset, Monmouthshire and Herefordshire.

Gloucester is the county town, with other primary settlements including Cheltenham, Stroud, Tewkesbury, Cirencester, Dursley, Cinderford, and Lydney.

Known for its spotted pigs, wild boar, and a rare cattle breed producing the county’s famous cheese, Gloucestershire’s idyllic rural status was cemented by Laurie Lee’s Cider With Rosie. Cider is also very much part of the Witcombe Festival – an annual three-day celebration of music in Brockworth.

With the Cotswolds AONB spreading across the east and south of the county, the Forest of Dean in the west, and the Severn Vale running between, the county’s landscape is one of its greatest attractions. In particular, The Daffodil Way in the Leadon Valley is the place to visit to enjoy springtime blooms, orchards and woodland. Meanwhile, the cathedral city of Gloucester delivers 250-acres of county park alongside historic pubs and architecture that contrast against fantastic modern amenities.

According to UK savings marketplace Raisin, both Gloucester and Tewkesbury are two of the strongest performing economies. The region is also home to well-performing selective schools and twelve independents. Plus, you’ll find a range of higher education opportunities throughout Gloucestershire, from agricultural and sports studies to adult and mental health nursing.

The M5 follows the western edge of the Cotswolds AONB, connecting southern settlements with Gloucester, Cheltenham and Tewkesbury. Follow the motorway south to reach Bristol or continue to Exeter. The A40 also provides a direct route from Cheltenham to Oxford, with several other A-roads linking the major towns together.

Trains from Gloucester run to Bristol Temple Meads in 50–60 minutes or to London Paddington in under two hours. You’ll reach Oxford in 90–120 minutes from Cheltenham station or Worcester Foregate Street in 35 minutes to an hour.

So, how much will a place in Gloucestershire set you back? According to Zoopla, the average house price in the county was 351,625 in December 2021. This is a rise of 3.34 per cent in the last year and significantly higher than the current national average. Flats in Gloucestershire sold for around £201,789, while terraced houses went for £264,785. Semi-detached homes achieved £301,682, with detached properties selling for £519,536 on average.

At around £1,367 PCM, rents are also higher in the county than the UK average. This is according to property search engine Home.co.uk, which recalculates its figures based on daily listings. At the time of publication, one-bedroom homes were going for £903 per month on average. This rises to £2,586 for five-bedroom properties.

Still hankering after a new home in Gloucestershire? Start your list of dream properties with the help of our Top 5, curated from real-life reviews left by those who have already moved in.

Kicking off our list, Greenacre offers a choice of two, three, four and five-bedroom homes located in the village of Bishops Cleeve on the edge of Cheltenham. The village offers excellent amenities, including a post office, chemist and two pubs. Residents like having two parks on the estate, plus lots of walks on their doorstep.

Brizen Park by Redrow sits on the edge of the Cotswolds – and in second place. Nestled in a rural setting, the development is located just 3 miles from the centre of Cheltenham, which offers outstanding schools and good transport links. Residents can choose from a range of three and four-bedroom homes built in the Arts & Crafts style but with modern interior layouts.

Residents enjoy having a butchers and supermarket nearby, with bus stops and a post box within walking distance. In addition, there’s also a fishing lake and nurseries in close proximity.

In third position, Ladden Garden Village is situated 20 minutes from Bristol and Gloucester. Set within 32 acres of open space, it will include four acres of new play areas, sports pitches and 4.5 kilometres of footpaths and cycleways.

It’s also just a stone’s throw away from the shopping centre, including a Tesco Extra, leisure centre, café and other outlets. Also nearby, Chipping Sodbury High Street offers many bars and restaurants, with bus and train services available in Yate.

4. The Waterfront at Gloucester Quays, GL2

The Waterfront apartments in Gloucester is a collection of two-bedroom apartments. Reviewed into fourth place by our residents, Gloucester Quays has great commuter links and lies within walking distance of a shopping centre, which features an array of stores, cafés and restaurants. Residents also say the nearby river and canal are lovely places to walk.

One reviewer said: ‘The property’s design is very good; the rooms are a generous size and are very light and airy. We hear little noise from anybody else within our block of flats. The shared areas are kept in good condition, and the same can also be said for the outside space.’

Read reviews and details of The Waterfront at Gloucester Quays, GL2

Rounding off our list, Highwood is a development by Bovis Homes in northern Bristol. The local area of Charlton Hayes includes plenty of local facilities and places to relax, with the development only 20 minutes away from Bristol’s city centre and harbourside.

Residents frequently compliment the building management and tell us that they expect new parks, shops, and bus stops to be added during the final stages. However, Highwood is already conveniently located next to a large shopping mall.

So, do any of our new homes in Gloucestershire strike your fancy? Learn more about each development by reading our dedicated area guide below.

HomeViews collects verified resident reviews for new build homes across the UK. The rankings below are calculated based on the overall star ratings for each development. However, the HomeViews Transparency Rating also affects a development’s ranking, as this indicates how recent its reviews are Read more about Gloucestershire