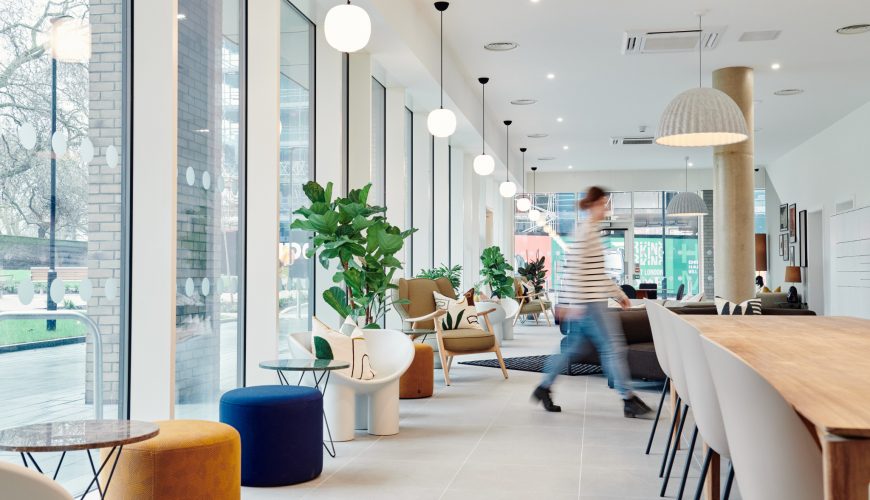 With prices predicted to rise between four and eighteen per cent over the next five years, new homes in Barking and Dagenham may be a good investment, but which developers offer the best lifestyle? We’ve asked residents to describe their experience buying and renting in the area. Who did they rate? Let’s find out.

Where is Barking and Dagenham?

The East London borough of Barking and Dagenham lies around 9 miles (14.4 km) east of Central London. Besides the towns of Barking and Dagenham, Chadwell Heath is the third main settlement. Havering borders to the east, Newham to the west and Redbridge to the north. The River Thames runs along the south side.

Living in Barking and Dagenham

Barking and Dagenham sits within the London Riverside section of the Thames Gateway – a regeneration project stretching 40 miles from London into Essex and Kent. While this will include a flurry of new homes, shops, restaurants and amenities, the area will also become a hub for eco-industry and carbon-neutral zones. Barking town has been designated London Riverside’s strategic centre, with Dagenham Dock set to host the London Sustainable Industries Park.

Other plans include a new Overground station at Barking Riverside – an extension of the Gospel Oak to Barking Line meant to open this autumn. The borough is also receiving a £100m investment in its film and TV industry as part of the 22-acre Eastbrook Studios development. This could lead to a major boost in employment, strengthening the local economy.

These initiatives will likely push up house prices over the coming years. While you wait, you’ll find plenty to amuse you, from a collection of country parks and nature reserves to Becontree Heath Leisure Centre’s Olympic-sized swimming pool and a great range of shopping and health facilities. Although the borough doesn’t have its own university, Coventry University has a campus based in the former Grade II listed civic centre. It offers a range of courses with flexible study schedules and entry requirements.

Travel in Barking and Dagenham

The borough is well connected to the rest of London and the surrounding regions by road and rail. The Hammersmith & City and District lines serve the local Underground stations, while National Rail c2c services call at Dagenham Dock and Barking railway stations, with many terminating at Fenchurch Street. Regular trains also run to Grays, Southend, and Shoeburyness in Essex. Overground services operate from Barking station, while the Elizabeth line will soon connect to Chadwell Heath.

Several London Buses operate in the borough, with the N15 and N86 night buses travelling into Central London, Stratford, Romford and Harold Hill. The A12 and A13 thread through the north and south, respectively. Cyclists are well catered for too. Beginning in Barking, the Cycle Superhighway 3 stretches to Canary Wharf, the City of London and Westminster. Most of the route is separated from other road traffic, and TfL plans to extend the network to Barking Riverside.

Recent data from Rightmove shows that the average price for property in Barking and Dagenham is currently £341,572 (January 2022). This is a five per cent increase compared to the same period the year before. Terraced homes drove most of the sales, achieving around £357,102. While the average cost of a flat was £233,780, semi-detached properties fetched around £420,919.

Rental properties in Dagenham cost around £1,304 PCM. Meanwhile, lets in Barking average at £1,435, although prices fell more in line with Dagenham when the figures took the median average into account. This is according to a recent market analysis by Home.co.uk.

Barking and Dagenham Council also operate an affordable housing company, Reside, designed for working residents who struggle to afford private rentals and have limited access to social housing. The scheme lets properties at 65–80 per cent below the market rate, depending on an applicant’s income. Homes include one and two-bedroom new-build apartments in Barking’s Weavers Quarter, Abbey Road, Chadwell Heath and various other locations.

So, you’ve decided that a new home in Barking and Dagenham is right for you. But which offer the best value for money? Whether it’s location and lifestyle or on-site facilities and the quality of the management, our residents have a lot to say about the area’s developments. Here’s the best of the bunch:

Apo Barking kicks off the Top 10. Situated on the banks of the River Roding and lying opposite Abbey Park, the development features a range of studios and one and two-bedroom apartments. Residents can choose from a range of flexible leases and apartment upgrades and manage their home and membership through the Apo app.

On-site amenities include an exclusive gym, The Barking Local, a co-working and lounge space, as well as The Hub, the Apo HQ where residents can get help with any day-to-day stuff. Likewise, there is a members’ roof terrace on the 7th floor.

Winner of four HomeViews awards in 2021, the development is popular with our residents for its location near bus and train services, supermarkets, and shops. Reviews also commented on the ‘reassuring’ out-of-hours security and the fast complimentary WiFi in the apartments and communal areas.

Grainger plc is the developer behind Abbeville Apartments – our second most highly rated development. It offers one, two and three-bedroom rental apartments close to Barking train station, which provides easy access to the Overground, National Rail and District line services.

One resident had this to say: ‘The apartment is clean, and the interior is beautiful and modern with a spacious balcony. It’s very close to Asda, local shops, bus stops, parks and restaurants too. There’s also a cinema room you can book and a gym. The building is secure, and the reception staff are very helpful and attentive.’

Situated on the Barking waterfront – and third position – Fresh Wharf by Countryside and Notting Hill Genesis is a new mixed-use community with direct links to the City and beyond. Residents have an on-site gym and work-from-home area with a ping pong table and a large TV. One resident commented on the convenience of having entrance cameras viewable from the digital intercom in their flat.

Another reviewer informed us that Fresh Wharf is located roughly 10 minutes from Barking Market, which has a range of stalls and shops, including Iceland, Wilkinson, and various poultry shops. A further 5 minutes away and opposite Barking station, you’ll find a shopping centre with a B&M and clothes stores. You also have a Tesco and Asda nearby.

At number four, Barratt London’s Upton Gardens is situated in the heart of East London. There are 842 homes on site, comprising one, two and three-bedroom apartments. Additionally, the development features open green spaces, rooftop terraces, landscaped walkways and public art.

Located in Zone 3, Upton Gardens is within a 6-minute walk of Upton Park Tube station, where residents can access the District and Hammersmith & City lines. Moreover, Upton Garden works with the Help to Buy scheme. Our residents say the quality of the development is excellent and ‘feels very premium’. They also praise the ‘proactive and responsive’ management team and love the local parks.

Bang in the middle of the Top 10, Fresh Wharf is a Build to Rent development made up of 77 one and two-bedroom fully furnished and pet friendly apartments just a 20-minute drive from Canary Wharf. The development is set to open a gym and café, with bus services and a Tesco a few minutes’ walk away. It’s also just a 5-minute bus ride to Beckton Retail Park.

In sixth place, Discover Apartments is a development by Country & Metropolitan featuring 254 one, two and three-bedroom apartments situated alongside the River Roding. Barking station is only a 17-minute walk away. Residents comment on Barking’s ongoing regeneration, which is bringing more homes and shops to the area. They also like having a secure gated courtyard and nice river views.

Sitting in seventh position, Trinity Place by Countryside comprises one, two and three-bedroom apartments. Beacontree Heath has many local shops and amenities around Wood Lane, while Romford’s shopping facilities are just 5 miles away.

This is what one resident thought about their apartment: ‘It is beautiful, spacious, and the colour scheme is fantastic. The bathrooms have a five-star hotel vibe. The windows are also a winner for me! This amount of natural light isn’t something you see in London.’

L&Q is offering a range of private rental homes at Barking Riverside, which will transform a former industrial site along the River Thames into a new London district. Our reviewers rated the development in eighth place.

Barking Central is a joint venture development between Redrow Homes and Galliard Homes. Sitting in tenth place, it comprises 272 one and two-bedroom apartments and three-bedroom homes. Residents commented on the great broadband connectivity, the ‘friendly and helpful’ concierge service, reassuring security cameras, and useful bike storage.

In addition, the development is conveniently located in the centre of Barking, which benefits from a variety of Underground, Overground and National Rail services. In 2011, Barking Central received a RIBA Award for architectural excellence.

Do any of our resident-rated new homes in Barking and Dagenham pique your interest? Click on the area guide below to read all the in-depth reviews we’ve collected and learn more about the area.

London’s largest regeneration scheme, Barking is something of a work-in-progress. For instance, project milestones include a brand-new town centre completed in 2007, as well as an ongoing riverside neighbourhood that’ll be packed with restaurants and shops when complete. But where are the best places Read more about Barking