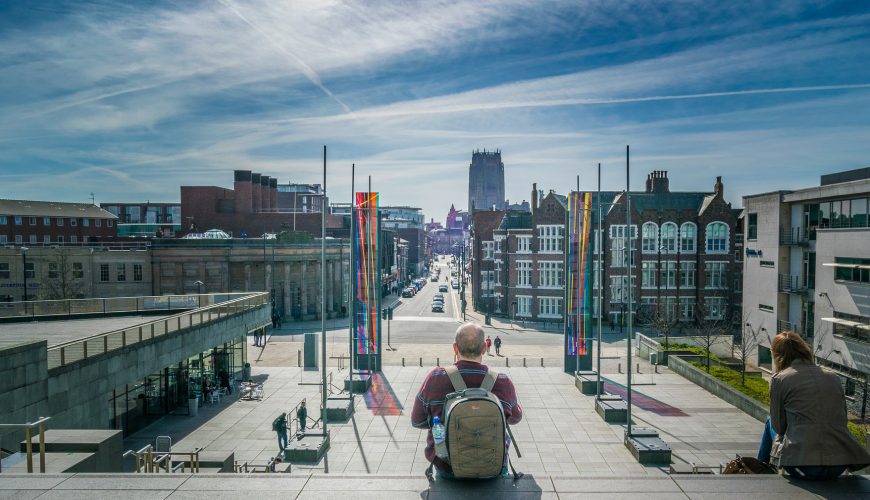 Liverpool is known worldwide, both for its great football teams and as the home of The Beatles. But there’s plenty more to the city than that. Historically a major trading port, Liverpool is a thriving hub of culture and industry. People from all over the world are drawn to both visit and live in the city. If you’re interested in moving to Liverpool, read our ranking of the city’s best new build homes for sale.

Liverpool is located in the north-west of England, at the mouth of the River Mersey. Owing to its position on the river, close to the Irish Sea, the city has long been a major route for imports and exports. Liverpool is easily accessed from Manchester and the surrounding motorway network. The M6 and the M62 provide routes to surrounding cities. Liverpool also benefits from excellent rail connections, including Liverpool Lime Street and Liverpool Central stations.

While the city is a bustling centre of almost half a million people, it is also well located for access to the beautiful north-west coastline. The wide open spaces of Cheshire, and beyond, the mountains of North Wales are also within easy reach.

Liverpool has a reputation as a city of culture and sport. The city was European Capital of Culture for 2008, and that legacy remains. Liverpool enjoys a thriving arts, theatre and music scene. The city has produced some of the UK’s finest bands and artists. These include Elvis Costello, Gerry and the Pacemakers, Echo and the Bunnymen, Frankie Goes to Hollywood, and of course, The Beatles. Liverpool remains an excellent place to enjoy live music, while it also has a highly successful bar and club scene.

In addition to live music, Liverpool has a variety of theatres, galleries and venues, that regularly host interesting exhibitions and shows. The city’s cultural highlights rival any other city in the UK. This all helps to make Liverpool a great place to enjoy a night on the town.

Sport is a major factor in Liverpool’s fame and popularity. The two grand old football teams of the city, Liverpool FC and Everton FC, offer Premier League football and a view of some of the world’s biggest stars. Liverpool is home to some of the world’s best-known racecourses, including Haydock Park and Grand National venue Aintree. The city and its surrounding area is also known for golf. The coastal areas close to Liverpool offer first-class links golf. These courses include two Open Championship venues in Royal Birkdale and Royal Liverpool.

Working and studying in Liverpool

Liverpool is a university city, with its two universities attracting students from across the country and the world. The student population adds to the feeling of the city as a young, creative centre for people from all backgrounds.

Once an industrial powerhouse, Liverpool is now at the forefront of the service and technology industries. The city is home to numerous large international companies. The once industrial Baltic Triangle area of the city is now at the centre of this creative and digital renaissance. The city also has an extremely healthy tourism industry. An estimated 54 million tourists visit Liverpool every year. This places it in the top five tourist destinations in the UK and fuels the city’s economy, creating plenty of jobs.

Top 10 safest places to live in the UK

Liverpool’s property prices are rising faster than the national average, but prices remain significantly lower than the UK average. The city has seen plenty of recent development, with a host of new build developments across the city. In February 2022, the average property price in Liverpool was £202,272, according to Rightmove. This represented an 11% increase on the previous 12 months, compared to the national increase of 10%.

The average property prices in Liverpool remain some way below the UK average of £268,000 (according to the Office for National Statistics). They are also currently more than £80,000 cheaper on average than the price for England (£285,000).

Liverpool continues to be a popular place for anyone looking to enjoy the fast pace of city life. With its recent development, buzzing nightlife and storied cultural heritage, the city has something to offer everyone.

Take a look at our ranking of Liverpool’s top 10 new build homes for sale below. Verified residents have rated the developments on a variety of factors. As such, HomeViews can provide rankings based on the real life experience of living in each one. Read on to discover the highest rated new build homes across Liverpool.

*PLEASE NOTE these rankings take into account how many reviews a scheme has and how recently those reviews have been submitted, so may not match the overall star ratings shown. Buildings with a larger number of more recent reviews are given a greater weighting to reflect current building performance – as on our area guide pages.

Number one in our rankings of new build homes for sale in Liverpool is taken by No.1 Princes Dock. A development from Peel Holdings, No.1 Princes Dock comprises 162 apartments over 22 storeys. Residents benefit from high-speed broadband and a 24-hour concierge service. The development also has canalside views, bike storage and car parking.

Read reviews and details of No.1 Princes Dock, L3

Our second highest rated new build sales development is Elysian Fields. A residential development managed by Danos Management Ltd, Elysian Fields includes a range of one and two-bedroom apartments, located in the popular Ropewalks area, a 10-minute walk from the city centre. Just half a mile away is Liverpool Lime Street train station, which has access to a range of rail services, including Virgin Trains and Merseyrail.

In third place is Quay Central, located in the wider Central Docks development. The area is the site of Liverpool Water’s future cultural and leisure hub, making it a highly desirable place to acquire property. The development has 108 units in total. The apartments all feature high-quality finishes with riverside views.

East Village is a mixed-use development comprising 237 apartments, restaurants, ground floor retail, commercial and leisure units and a 70,000 square foot Liverpool Community College Faculty Building. The development is located at the heart of the Ropewalks area of Liverpool city centre and enjoys proximity to the city’s shopping and commercial core, and attractions such as Albert Dock and China Town.

In fifth place is Hudson Gardens, a residential development by Living Bricks that features a range of apartments. The development is situated in the Chinatown district of Liverpool, close to the Philharmonic Hall, just half a mile from Liverpool Metropolitan Cathedral and just under a mile from the Liverpool ONE retail hub.

Alexandra Tower sits right on the River Mersey, affording residents spectacular views across the river and towards the Irish Sea. Built in 2008, the tower consists of 201 apartments, spread across 27 storeys. Residents here benefit from secure indoor parking and an entry-phone access system. The development also has a 24-hour concierge service.

Seventh in the list of new build homes for sale in Liverpool is 7 The Strand, a residential development by Primesite Developments. The building is situated not far from the Liverpool waterfront and close to a range of bars, restaurants and shopping facilities. The development is just moments from Liverpool James Street station.

Read reviews and details of 7 The Strand, L2

Located on Horsfall Street, Kaber Court is a residential development in the south of the city. The development is just a short walk away from Brunswick station, with its links to Merseyrail services. The city centre is within easy reach, as are a wide range of shops, restaurants and leisure facilities.

Brunswick Park is a New Brunswick Village Ltd. development located right next to Brunswick station, with its direct links to central Liverpool. The development is made up of 79 apartments, spread over six storeys. Residents benefit from large en suite bedrooms, balconies and secure parking spaces.

As a major trading port travellers have been coming to Liverpool for centuries. Located in North West England, Liverpool is the sixth largest city in the UK. It sits within the county of Merseyside. Moreover, its status as a port city has contributed to Read more about Liverpool