King’s Cross flats to rent and buy: Rated by residents 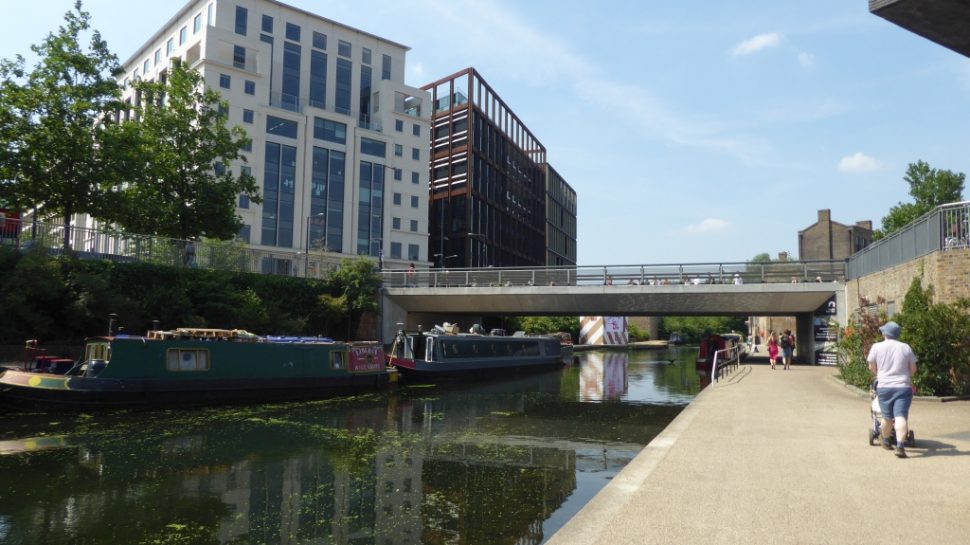 King’s Cross is such a success story, it’s now used as the benchmark by which all London regeneration areas are measured. But how did King’s Cross go from underused industrial land to a vibrant neighbourhood in just 20 years? And today, where can you find the best King’s Cross flats to rent and buy?

King’s Cross has gone through a lot of change during the past 200 years. By the mid-1800s, it had turned from a sleepy rural area into a key industrial and transport hub.

Fast forward to the 1950s and the “railway lands” like King’s Cross now suffered from neglect and urban decay. London was changing from an industrial into a financial hub, and leaving areas like King’s Cross behind.

Then, after several failed urban regeneration attempts, 1996 provided a big break for King’s Cross. The introduction of the Channel Tunnel link at St Pancras meant that major development capital poured into the area. By 2008, construction on a whole new modern neighbourhood was in full swing under the vision of the Kings Cross Central Limited Partnership.

The King’s Cross masterplan involved the creation of 50 major new buildings, 20 new streets, 10 new major public spaces, the restoration and refurbishment of 20 historic buildings and structures, and up to 2,000 homes.

Today, King’s Cross is an example of what can be achieved with derelict land in a big city. It just needs the right plan, the right vision and the right partners.

Is King’s Cross a good place to live?

King’s Cross is a now highly desirable London location, for many reasons. It is a well-structured and integrated community one with one of London’s best independent shopping, dining and bar scenes. It’s also consistently highlighted as being at the heart of ‘new London cool’.

Another big plus is its excellent transport links. The area is extremely well connected, with King’s Cross Station and the St Pancras International transport hub linking up with six London Underground lines. This also puts continental Europe within easy reach, since the Eurostar runs from St Pancras.

King’s Cross is split between the boroughs of Islington and Camden, both of which have ongoing issues with crime. The wider Islington borough is one of the less safe areas in London, though King’s Cross is enjoying success in its ongoing crime-prevention programmes. Throughout 2020, Islington has seen rates of burglary, theft, shoplifting and vehicle crime consistently fall month by month.

How did King’s Cross get its name?

The area of King’s Cross got its name through the placement of a statue of King George IV at the crossroads outside the station. While the statue itself only lasted from 1836 to 1845, this was long enough to make the name stick.

Best new flats to rent and buy in King’s Cross

The following are some of the best new property developments with King’s Cross flats to rent and buy. This list contains the seven top-rated developments in the area, as voted by verified residents on HomeViews.

Given how quickly things change in King’s Cross, be sure to check back regularly to see the latest rankings and additions of new developments. New flats to rent in King’s Cross are coming online all the time, as are new properties for sale.

Area guide to Camden
Situated in King’s Cross, the Plimsoll Building offers a collection of two- and three-bedroom apartments. It has views over Gasholder Park, Regent’s Canal and the city beyond. The interiors are a combination of the finest materials and sleek contemporary appliances. Residents enjoy a dedicated 24-hour concierge, a private dining space and a lounge. In addition, […] Read reviews and details of Plimsoll Building, N1C

ArtHouse was the first collection of private homes built at King’s Cross. The development features 114 apartments in total, ranging from one to three-bedrooms. As well as landscape gardens and views of Regent’s Canal, residents can make the most of a 24-hour concierge. Moreover, the collection is pet friendly and has retail outlets onsite.

Gasholders London comprises 145 distinctive canal-side apartments and penthouses. Apartments benefit from communal roof gardens and an array of amenities, elegantly furnished by London interior designers No12 Studio. In addition, amenities include spa and gym, residents’ lounge and an entertainment suite.

Fenman House is a collection of 51 one, two and three-bedroom apartments. These homes feature floor-to-ceiling windows, which offer views over the green spaces and the London skyline. Residents can enjoy the sanctuary of a roof garden and a dedicated concierge service. Likewise, there’s a great range of bars, restaurants and the cultural scene of King’s Cross immediately available to residents.

Developed by the Camden Collection, XY Apartments is a scheme on York Way, one of the arterial roads into King’s Cross from north London. Residents are equidistant between Camden’s vibrant centre and King’s Cross’s six tube lines, intercity trains and the Eurostar. The development is made up of 273 one and two-bedroom apartments.

We hope that King’s Cross gives you plenty of property prospects to think about. If you want to get a broader overview of the property scene in the area, have a look at our guide to the top new developments in the borough of Camden:

Few places in the capital ooze cool like Camden. This popular Borough covers a large area but is more recognised for Camden Town. Its gritty, bohemian vibe has long-drawn a mesmerising mix of characters, from free spirits to punks, goths to rockers. And there Read more about Camden

The post King’s Cross flats to rent and buy: Rated by residents appeared first on HomeViews.