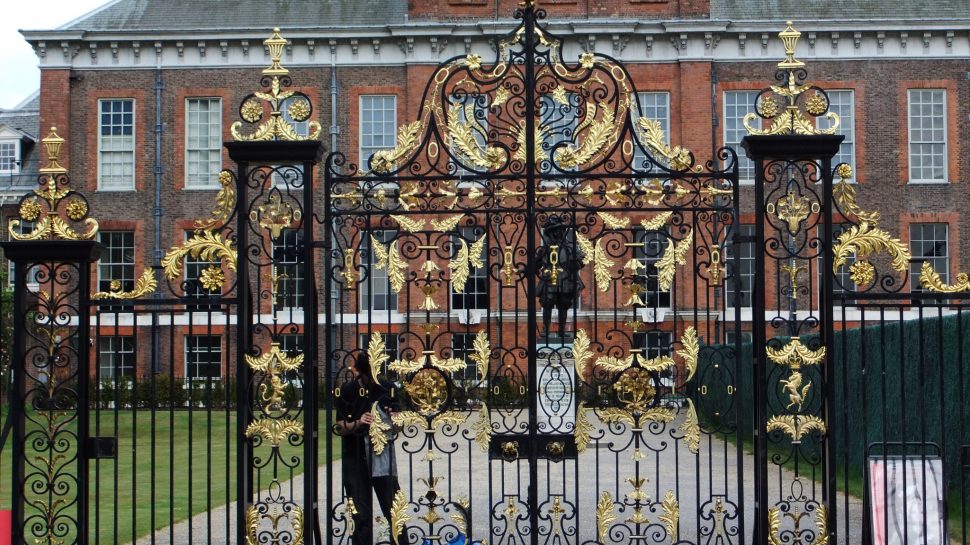 Here at HomeViews we ask reviewers to rate the value that they think their property offers, as it’s a key consideration for buyers and renters. Sometimes more expensive developments get high ratings for value and other, much cheaper, buildings can be rated poorly on value. It’s all about what you get for the price! Just for fun, we thought we’d have a look at London’s most expensive street – Kensington Palace Gardens. How much value for money do you think residents on this street are getting?

With a current house price average of £35 million and change, Kensington Palace Gardens is strictly a mega-rich buyer’s prospect. Even for London housing prices, this a seriously daunting starting position. However, if you happen to be a global business tycoon or actual royalty then you’ll barely need to haggle!

Who lives where in Kensington Palace Gardens?

While the properties along this storied and famously pricey street are uniformly gorgeous, they broadly fall into three categories – royal residences, diplomatic embassies and the not-so-humble homes of the fabulously wealthy.

It’s partly for this reason that Kensington Palace Gardens has remained top of the average price list for so long. As certain streets attract a reputation for being desired by the rich and famous, this reputation fuels future price hikes. Just being on ‘the street’ with neighbours like these is a status symbol all of its own.

Combine this with the fact that such properties so rarely come onto the market, and you’ve got a street name adding millions to the asking price. This isn’t a new phenomenon, Kensington Palace Garden was known as ‘Millionaire’s Row’ all the way back in 1860. Over the last 160 years, the millionaires have become billionaires as the allure of the street has steadily grown.

London’s most expensive street runs along Kensington Gardens between Notting Hill and Kensington, but the palace itself provides its name. Prince William and the Duchess of Cambridge currently call the palace their home, as do Princess Eugenie and her husband Jack Brooksbank.

The Duke and Duchess of Cambridge and their children make do with an impressive 20 rooms spread over four storeys. However, their official address is a rather underwhelming “Apartment 1A”.

The Princess Eugenie and her family (she’s expecting in 2021) live within the palace grounds at Ivy Cottage. If you’re thinking of a quiet little thatched number, think again. While smallish at only three bedrooms, Ivy Cottage is still a sumptuously decorated and extensively renovated affair.

The couple will soon end their time at Ivy Cottage. They will make the move next year to Frogmore Cottage – previously used as Prince Harry and Megan Markle’s Windsor digs.

Boasting an impressive eight embassies and ambassadorial residences, Kensington Palace Gardens is something of a diplomatic magnet. And why not? If your intention is to impress your own citizens and visiting dignitaries, then a grand building on London’s most expensive street can certainly have that effect.

The first of the embassies on billionaire’s row belongs to Israel. As you’d expect, security here is exceptionally tight, but the embassy itself is also rather beautiful after its major facelift in 2010.

This large, lavish and unrepentantly stylish white-stuccoed building has hosted Russian diplomats and their guests since 1929. The formal residence of the current Russian ambassador, Alexander Vladimirovich Yakovenko, is just a few doors down at Number 13.

Another beautiful example of Victorian architecture at its finest, the Nepalese Embassy was built in 1863. There were rumours flying around in 2013 that the Nepali Government wanted to sell the building for £100 million, since its maintenance is proving hugely expensive, but that sale never came to pass.

While the Finnish Embassy itself is in Belgravia – another hotspot for embassies – the Finnish Ambassador’s Residence is in Kensington Palace Gardens. The current ambassador, Markku Keinänen, has been here since 2019 and the residence is a popular site for all manner of diplomatic and social gatherings.

Another beautiful building built in the Victorian era, the Lebanese Embassy has a commanding presence even on this most impressive of streets.

Like the Finns, the Japanese diplomatic mission has its ambassador’s residence here but the main embassy building elsewhere, Piccadilly in this case.

This embassy is a departure from the previous ones, architecturally speaking, as it was built in 1965 under the new Brutalist style – making it a more ‘big and boxy’ affair!

The Czech Republic’s embassy shares the same compound as Slovakia’s, as the two countries divided it between them once Czechoslovakia was dissolved in 1993.

These buildings range across the architectural styles of London’s history, though tasteful reserve is the unifying theme. Beautiful cream stuccos, gleaming black railings and millimetre-perfect privet hedges welcome visitors with a sense of undisturbed grace and decorum. Naturally, this is exactly what you want to feel when going to get a visa stamped.

Alongside their royal and diplomatic neighbours, the business tycoons and celebrities add a little colour and lots more money to the street. They come from a highly diverse set of different backgrounds, from Russian oligarchs to English socialites, though they all boast property portfolios to die for.

One major advantage that the street’s residents can enjoy is the added safety it offers. Such a concentration of royal, diplomatic and wealthy private individuals are protected by a wide range of security measures. Both ends of the street have security checkpoints manned by armed guards, while crash barriers, sniffer dog teams, CCTV and other electronic surveillance technologies cover the entirety of the street.

Daughter of Formula 1 Chief Executive Bernie Ecclestone, Tamara is an art-lover, model and social media personality. Her Kensington Palace Gardens mansion offers 57 rooms of wall-to-wall luxury including quirky features such as a gold free-standing bathtub, a room dedicated purely to designer handbags and a £10,000 miniature replica of the mansion which serves as a playhouse for her daughter Sophia.

Jon Hunt founded Foxtons and sold off the major estate agency for £390 million at the height of the housing boom in 2017. Two years previously he bought number 10 Kensington Palace Gardens for just £14 million.

Almost immediately, he launched into building a vast underground complex for his car collection, plus a swimming pool and tennis court. Despite a gruelling 10-year legal battle and repeated complaints from his neighbours at the French Embassy, he successfully finished it.

The cost of expansion and renovations is thought to be in the tens of millions of pounds. If he decides to sell, Jon Hunt is likely to make a good return on his investment. In 2012, he was reportedly offered the fantastical sum of £300 million for the property by his neighbour, steel tycoon Lakshmi Mittal.

The £80 million asking price didn’t put a dent in the pocket of China’s then-richest man back in 2005. Since then, movie mogul Wang has extensively renovated his mid-Victorian era property, spending tens of millions expanding, restoring and updating this labour of love. From its massive column-lined indoor pool to its period feature inner courtyard, this mansion is as architecturally impressive from within as without.

A global businessman and politician with an estimated net worth of over £10 billion, Roman bought his Kensington Palace Gardens mansion in 2009 for a reputed £90 million. The 15-bedroom, cream-coloured mini palace wasn’t to Roman’s taste at purchase, so he continues to renovate it. The latest upgrades include widening the terrace, building a new skylit pool and expanding the underground complex with 4,000 extra square feet of living space.

When you amass an estimated fortune of over £7 billion, nicknames come thick and fast. Lakshmi Mittal made his fortune in steel and is often known as the ‘Carnegie of Calcutta’, after Andrew Carnegie the famously successful (and often ruthless) American steel baron.

Lakshmi moved his family to London in the mid-90s and bought his 55,000 square foot mansion from Bernie Ecclestone in 2004 for £57 million. Complete with swimming pool, 12 bedrooms and all the other obligatory fanciness, the house also features marble from the same quarry as that used for the Taj Mahal – this piece of trivia led to the house being known by Lakshmi’s intimates as the ‘Taj Mittal’.

After settling in, Lakshmi decided he liked the street so much that he bought another two houses on it. Number 9A was secured for a cool £117 million and another nearby property went for £70 million. These were gifted to his son and daughter respectively, giving the Mittal family quite the presence on London’s most expensive street.

Owner: The Sultan of Brunei

Kensington Palace Gardens isn’t just home to English royalty; the Sultan of Brunei has kept this sumptuous mansion for over three decades. Although it was bought for an undisclosed sum, the price tag couldn’t have bothered the sultan overly, since his personal annual income was estimated at £1.5 billion. Adding to a personal fortune of over £30 billion, individuals of this level of wealth often have to try hard to spend it.

The statue of Queen Victoria in the gardens of Kensington Palace

Buyers still looking for openings on London’s most expensive street

Technically, the Crown Estate owns all of the freehold on the entirety of Kensington Palace Gardens. This means that even its billionaire residents are leaseholders to royalty. This doesn’t seem to put off potential buyers though, with prices still going up.

Even though deals on these properties are made behind closed doors via very expensive go-betweens, the allure of Kensington Palace Gardens means that there’s no shortage of people willing to pay whatever it takes to be on London’s most expensive street.

Read our area guide for Kensington and Chelsea and discover the highest-rated new homes near Kensington Palace Gardens. Could you find your next property in this prestigious royal borough?

Read more about Kensington and Chelsea

Looking for slightly more reasonably priced properties to rent, buy or buy to rent in London? Our guides are a great place to start.