10 best places to live in Deptford 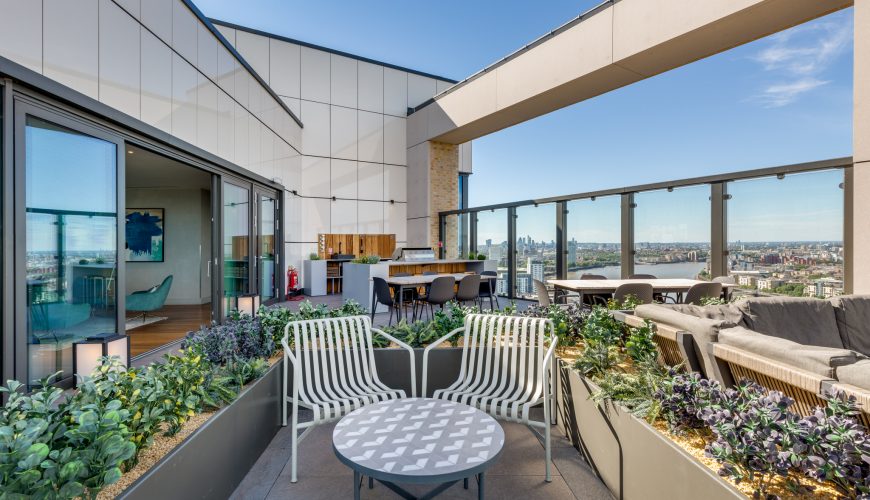 Living in Deptford is an exciting prospect since change is almost always in the air. But where can you find the best places to live in Deptford when there’s so much choice? As always, it’s best to ask the people who actually live there for their expert opinion.

Deptford: From docks and warehouses to apartment blocks and ginhouses

Deptford is always reinventing itself. Henry VIII chose it as the site of his new docks, giving Greenwich the slightly fancier task of hosting a new palace. However, don’t let its more practical roots fool you, Deptford has a lot more going on under the surface.

Historically, Southeast London hasn’t had much of a chic, bohemian vibe of the likes of Shoreditch or Camden. Today, Deptford is filling that role nicely, with a slew of independent markets, boutique shops and arty bars padding out its once rather soulless streets.

Not only is Deptford now a thriving arts scene, it also boasts a chilled, tasteful drinking and dining culture. Add in the outstanding transport links, reliably attractive rental rates and constant supply of new properties coming online, and you have a very popular area for all manner of Londoners.

Is Deptford up and coming?

Technically, Deptford has been an ‘up and comer’ for about 500 years. It’s seen a steady and diverse influx of new inhabitants across the centuries.

After recovering from its post-war damage in the late 1940s, Deptford became a magnet for new housing. After welcoming the first members of its South Asian and Caribbean Communities, Deptford underwent several regeneration phases, culminating in the smart, confident area it is today.

Alongside the well-rooted communities of Deptford, there’s also a stream of young professionals moving here. Not to mention the large student population from the likes of Goldsmiths University. They’re attracted by the enticing mix of interesting history and solid prospects for the future, and so the dynamic of Deptford is changing yet again.

Living in Deptford is affordable when compared to nearby Greenwich, with property going for an average of around £530,000 today. Most sales during 2020 were flats, which averaged at around £410,000.

As for renting, Deptford sports a reasonable area-wide average of £430 per week. This makes it about 23% cheaper than the London rental average. Additionally, there are plenty of options for significantly cheaper renting at around the £280 per week price point.

10 best places to live in Deptford

And now it’s time to take a look at our list of the 10 bets places to live in Deptford, as voted by HomeViews resident reviewers. In each case, residents of all the property developments in Deptford listed on our site give their unvarnished opinion. So when you look through these top-ranked spots, you can be sure that you’re getting an insider’s view of Deptford.

Number one on our Deptford list is Union Wharf, a development by Essential Living that features 249 rental-only apartments in a prime location on the banks of Deptford Creek near Greenwich’s town centre. The development is made up of two towers that are 23 and 12 storeys high, which house a collection of one, two and three-bedroom apartments. Union Wharf is close to the Cutty Sark DLR station for fast and frequent connections to Canary Wharf.

Next up we have Deptford Foundry, a mixed-use development by Anthology London. As you might have guessed, it’s set on the site of an old metal foundry built in the 1800s. The development offers more than 300 homes with a mix of private and social housing apartments. It’s a relatively new addition to Deptford, having welcomed its first residents at the end of 2018. Residents appreciate its convenient location in the middle of Deptford, as well as the easy access to Deptford and New Cross stations.

Vida House, managed by Way of Life, has 138 one and two-bedroom apartments on site with open plan layout, a fully fitted kitchen with integrated dishwasher, washer/dryer and a fridge-freezer. In addition, the apartments have large bathrooms, bright and airy receptions as well as spacious double bedrooms with a walk-in cupboard for additional storage space. Residents also have access to a secure car park and ample underground bike storage area. Similarly, there is a dedicated management team on site with 24-hour CCTV security.

The delightfully named Faircharm Dock is an L&Q development that houses one, two and three-bedroom apartments, totalling 127 units available on a rental-only basis. The building, based on Creative Road, is equidistant between Deptford train station and Greenwich station, both of which are serviced by National Rail and the DLR. Residents say that it’s a highly convenient location, with appealing design features and a growing range of on-site facilities.

Described as light, bright and airy, while still giving a lot of peace and quiet, Greenland Place features 679 residential units including one, two and three-bedroom apartments, studios as well as three, four and five-bedroom houses across a number of different buildings. There’sa a good community atmosphere to this integrated development which also features a business centre, children’s nursery and various commercial units. Surrey Quays is the nearest station with connections to the Overground.

Next up is Greenwich Creekside, a residential development by Telford Homes that offers a range of one, two and three-bedroom apartments only a short distance away from Deptford Creek itself. Deptford station is only a 9-minute walk away, with connections to Thameslink and southeastern services.

This development is just a touch outside of Deptford proper, as it is situated alongside the River Thames in Greenwich. The development features 257 residential units with a mix of one, two and three-bedroom apartments alongside office space, retail units and various restaurants. Deptford station is only a 10-minute walk away, and this development is well placed to enjoy both Greenwich and Deptford.

To finish, The Deptford Project is a mixed-use development that is representative of the area’s diversity and energy. It has won numerous design and urban planning awards, as it blends smart, colourful apartments with convenient shops and other amenities.

Read reviews and details of The Deptford Project, SE8

If our list of the best places to live in Deptford has inspired you, take a closer look at this exciting part of London. Our guide will give you more details about new developments in Deptford, its major attractions and more.

The post 10 best places to live in Deptford appeared first on HomeViews.