10 best places to live in Acton 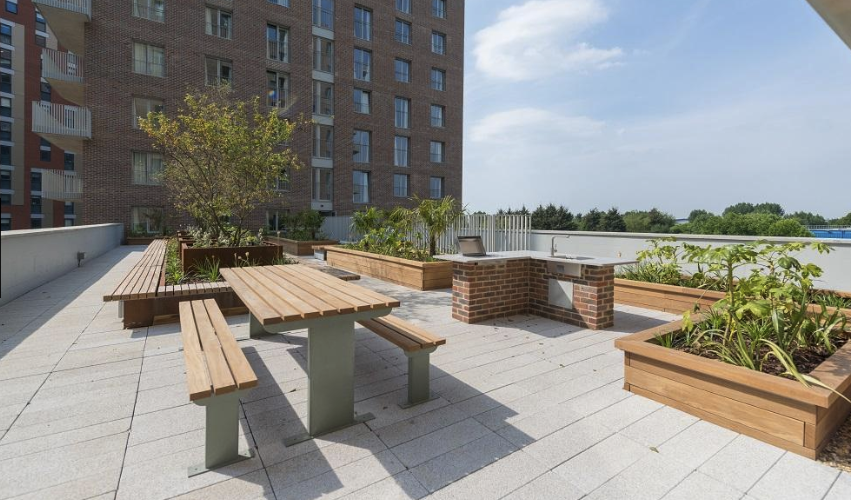 Acton has successfully cast off its image as Chiswick’s ‘poorer cousin’, becoming a popular and vibrant part of West London. Attracting new investment and residents with ease, Acton’s star is on the rise. But where are the best places to live in Acton right now? Let’s ask the residents who live there.

What is Acton famous for?

Like most of London, Acton has a long and storied history that dates back over 1000 years. The first recorded mention of Acton was in 1181, but it’s likely that it started as an Anglo-Saxon settlement. Its name even means Oak Town in Saxon.

Since then, Acton has enjoyed a range of specialities. In the 1600s and 1700s, the London gentry kept houses here as their quieter summer residences. Acton Wells was a big draw for the time, thanks to its reputation for providing health-giving mineral water.

In the 1920s, Acton became a heavily industrialised area, specialising in building automobiles. Most famous among its hosted factory names was Napier’s, major car manufacturer.

Jump ahead to today and Acton is known as a growing hotspot for property investment and young professionals wanting to move in a put down roots.

While Acton has a lot of competition from nearby Chiswick and Ealing, multi-million-pound regeneration projects have put it back on the map.  The high-street now throbs with new life and a slew of enticing independent shops. Acton Park is the spiritual heart of the area, and has benefitted from a major renewal scheme. Its ‘putting in the park’ course is a delight for crazy golfers of all ages.

Acton continues to go from strength to strength in terms of attracting new investment. The recent Acton Gardens renewal project is a big success story of urban regeneration and sustainability. And earlier this year, TfL’s largest residential development to date was approved, which will see 852 new homes built in Acton.

This goes to show that Acton is still on the up and up. This makes it attractive to anyone who loves the West London vibe, but is still looking for an affordable property in an area that’s transforming for the better.

The fact that Acton is realising its potential can be seen in the area’s rising house prices. The average sold house price in Acton rose by almost 40% during the last year. Even so, Acton remains a good place to hunt bargains. The overall average price of property here was £646,291 during 2020, but the average price of flats was £479,048, with plenty of attractive lower-budget prospects.

If you’re looking to rent, Acton is still highly competitive. At an average of £427 per week, the area’s rental rates are 23.5% below the London average.

10 best places to live in Acton

If you’re looking to get into specifics and start your search for Acton property, our resident reviewers can help you out. The following list is the top 10 rated property developments in Acton, as scored by the residents who submit their scores to HomeViews.

If you need a closer look at any of our top 10 entrants, just click on the listing. This will take you to the dedicated page, where you will find more details and the full list of comments.

Note that the rankings are weighted to represent developments with higher numbers of reviews performing more consistently than those with far fewer reviews.

At the top of the pile is The Rehearsal Rooms, a rental-only development managed by Savills. It’s right next door to North Acton Station and gives residents easy access to everything Acton has to offer. There are 173 units here, which range from one to three-bedroom apartments. Residents have plenty of praise for the cleanliness and attention to detail throughout the development, thanks in large part to the efforts of the on-site management team.

Read reviews and details of The Rehearsal Rooms, W3

Next up is Churchfield Quarter, by L&Q, which offers a range of 1, 2 and 3-bedroom homes for sale via Shared Ownership. The development has direct access to the High Street and Churchfield Road, which means that there are plenty of shops, restaurants and cafés nearby, as well as the local parks such as Heathfield Gardens.

Conveniently located and well designed, Aviator Place features a range of one to two-bedroom apartments as well as three to four-bedroom houses. Residents benefit from the close walking distance to North Acton station, giving them access to Central London in less than 40 minutes. North Acton Playing Fields are also less than a 10-minute walk away.

Acton Square is right in the thick of the action in Acton, with the town centre under a mile away. The development itself offers modern, carefully considered design and a good range of facilities and local amenities. Residents benefit from dedicated parking and having so much of Acton’s highlights on their doorstep.

At the midpoint of our list, we have another development in the heart of Acton. Developed by Hill Residential, apartments here vary from one to two bedrooms, and there’s a selection of two-bedroom duplex apartments and three-bedroom maisonettes. Residents describe it as quiet, clean, green and pretty. Nearby transport links included National Rail services at Acton Central and the tube at East Acton Underground.

The Factory Quarter is a Notting Hill Genesis development located in Bedford Park. It comprises 453 apartments, ranging from one or two-bedrooms and a few shops. Merely a 15-minute walk from both Turnham Green station and Acton Central station, which are served by the District Line and the Overground respectively, residents have plenty of options when striking out from Acton.

Read reviews and details of The Factory Quarter, W3

Next is West 3 London Apartments, a Berkeley Homes mixed-use development located in Acton Vale. There are 889 apartments on offer here, ranging from studio and one-bedroom to four-bedrooms. Residents are right next to Acton Park, and only a short walk from Acton Central station. Residents say they love the calm, safe and peaceful vibe that the development gives them.

Originally a warehouse, Tech West Lofts is now a smart 48-unit residential apartment block by De Vere Partners. The units are broken down into one, two and three bedroom-apartments, and residents are within close proximity to Acton Central station for Overground services into London.

At number 9 we have Acton Gardens, an award-winning development with homes to rent and buy. It’s well located, only a 2-minute walk from Acton Town station and gives residents excellent views of the area. In addition, it is also just 10-minutes from the popular Gunnersbury Park, home of the Gunnersbury Park Museum.

And finally, there’s Long Island Lofts at number 10. This collection of one, two and three-bedroom apartments and penthouses have been sympathetically designed to fit this converted Art Deco building – once an automotive factory. It’s close to Acton Park, Chiswick and Shepherd’s Bush. Residents are big fans of the unique design, as well as the convenience of its location.

Need to know more about Acton? Our area guide gives you a closer look at what this upwardly mobile part of West London has to offer.

The post 10 best places to live in Acton appeared first on HomeViews.